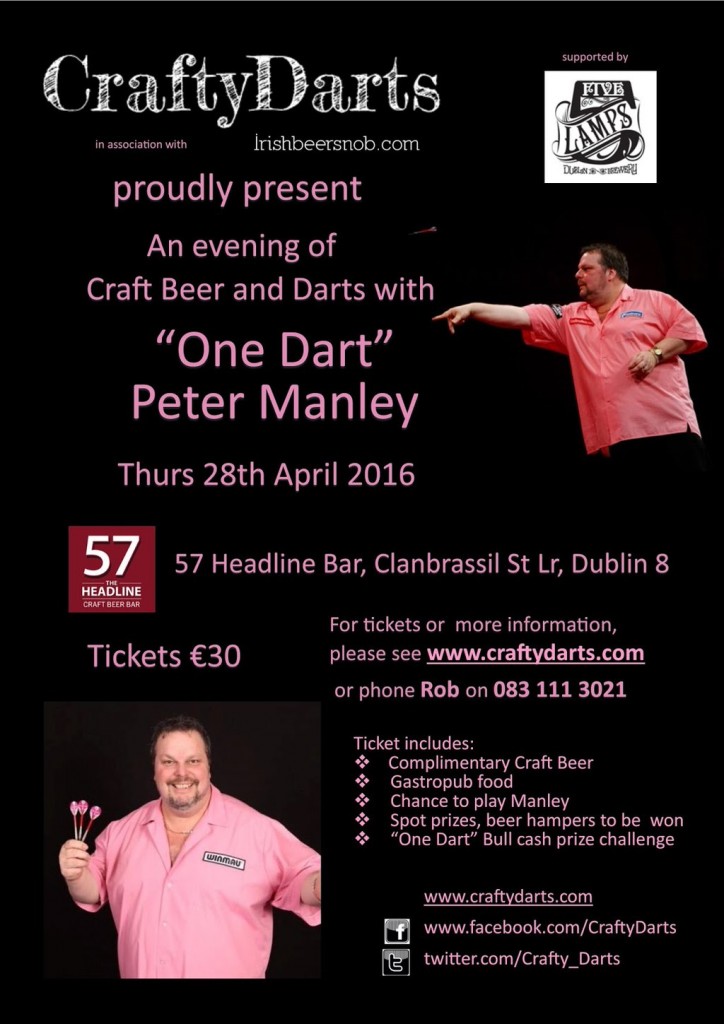 57 The Headline will be playing host to darts legend Peter Manley this Thursday the 28th of April for a night of craft beers and darts.

Tickets for the event are €30 and include some complimentary craft beer (courtesy of The 5 Lamps Brewery), gastropub food, spot prizes, beer hampers, and a 1 dart cash prize competition.

You may even win the chance to play against Peter Manley.

Either darts is moving up in the world or craft beer is just that popular now. It used to be the case that you’d imagine a darts night hosted in a pub with a tap for Guinness and one for Heineken. Now they’re happening in gastro pubs with over 20 craft beers on tap!