post-title Have you ever seen snuff behind a bar?

Have you ever seen snuff behind a bar? 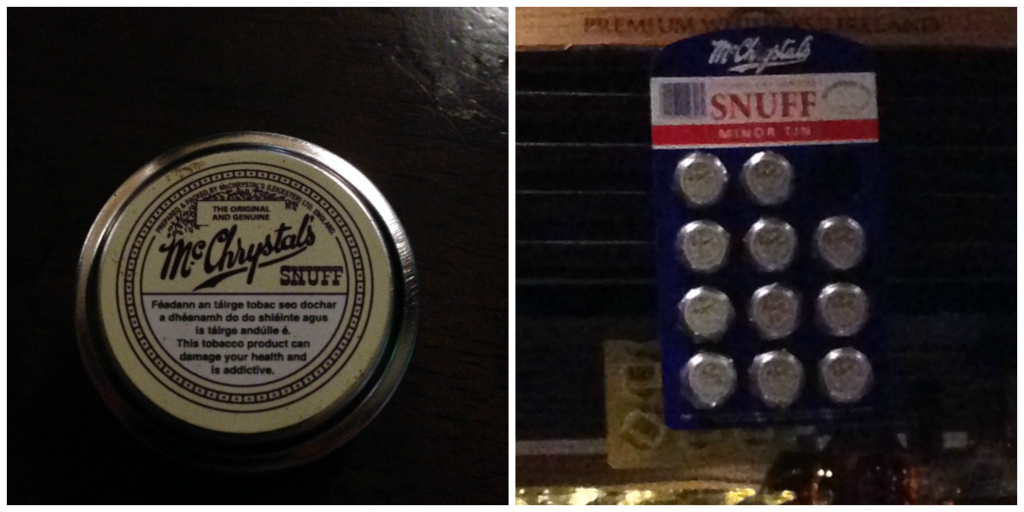 While in Mulligans on Poolbeg street a few weeks ago I noticed they were selling snuff behind the bar. It occurred to me that a lot of people wouldn’t have a clue what it was, considering it’s not that widely used any more. I suspect that where it is now sold, it’s sold as a novelty item.

So, what is it? Basically, it’s a type of tobacco that is ground up so fine that you can snort it up your nose. It was more widely used when people were more inclined to use any means possible to get their nicotine fix. It was more common in pubs well before the smoking ban for people to have snuff, pipes, and in some cases chewing tobacco. 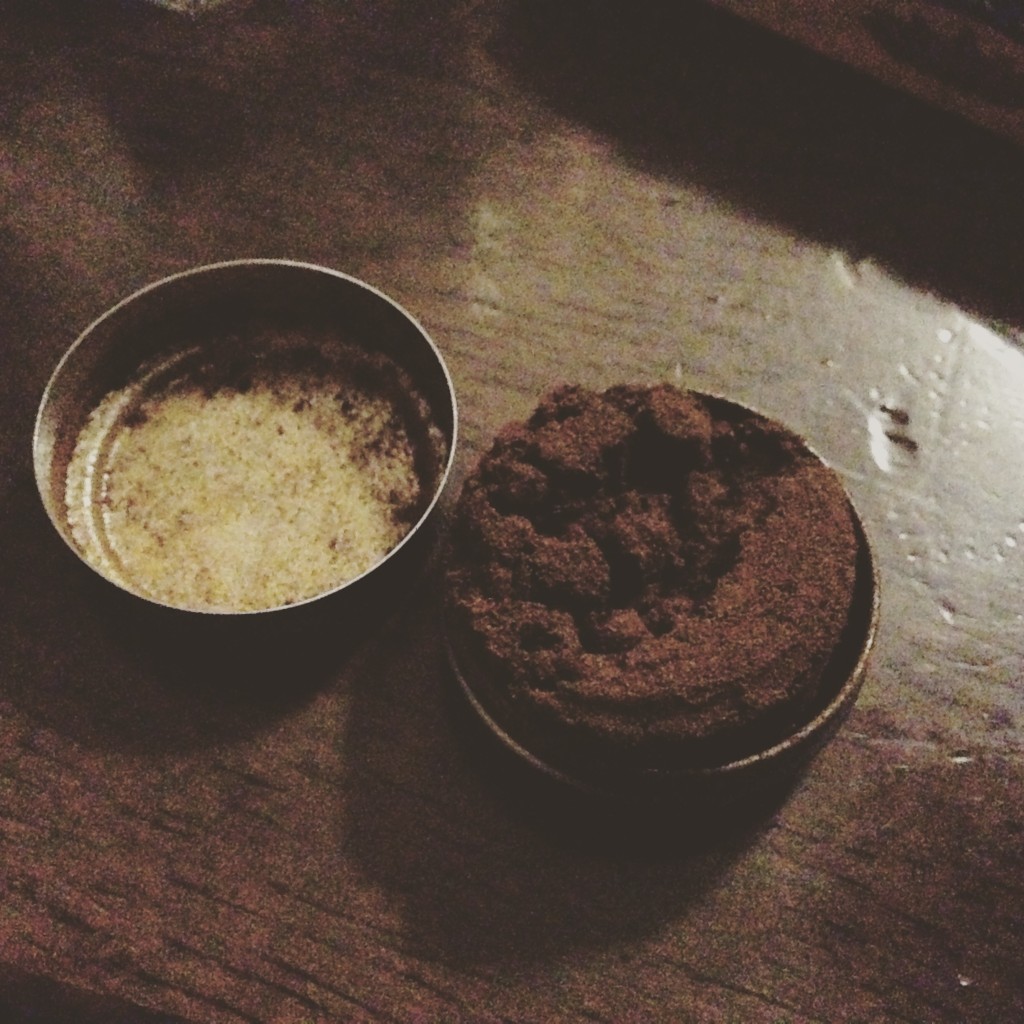 We have seen snuff sold in only a few pubs around town, including Mulligans, The Palace bar on Fleet street, and The Swan on Aungier street. All pubs of a certain vintage, but with a customer base of varying age.

We posted up some photos of the McChrystals snuff box and received a few interesting replies. One, from Geoff Dunne, describes a bar called Campions in Balgriffin who had a snuff gun behind the bar. A snuff gun had a chamber where you put the snuff, and a button that released an elastic band to shoot it up the nose. It even had a mirror on the end to check your nose for brownness. I suppose we can be thankful that kind of carry on doesn’t happen any more! Link.

Because it’s smokeless, it can still be used inside pubs. At least that’s according to McChrystals, the producer, on twitter.

@publinie It certainly is!👌😃 And it can be taken in the pubs, no need to go outside😉

While we don’t think there will be a big move back to snuff, it’s interesting to see a tobacconary relic like it still being sold behind a few bars.