post-title Keeping up the tradition: GAA winners in The Boars Head

Keeping up the tradition: GAA winners in The Boars Head 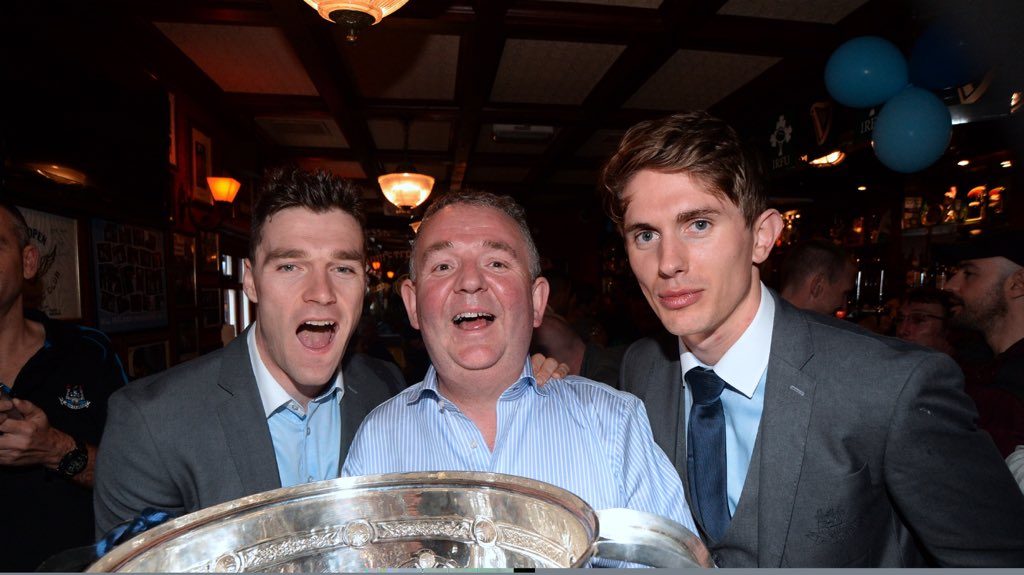 Paddy Andrews and Mick Fitzsimons with Hugh Hourican in 2015.

A few weeks ago we sat down with Hugh Hourican, who, along with his wife Ann, runs The Boars Head on Capel street. One of the best stories he had was of a tradition that started 15 years ago for the winners of the All Ireland to bring the trophy into the pub the day after the match.

It was Paídí O Sé that helped set this tradition in motion, and it has now expanded to just about every other trophy and final winners, from club, to junior, to full senior.

It’s not just on days when a trophy is won that you’ll find big name GAA players of past and present in here. The pub is much loved by players as well as fans and attracts in a crowd for some analysis over a pint.

This Sunday sees Dublin take on Westmeath in the Leinster football final. The Boars Head is one of the places to be on a match day like this. Before, during, and after. Although Hugh himself is a Cavan man, we’re sure he’ll be hoping for a Dubs victory, a full bar (that’s a given), and a visit from a trophy they know all too well at this stage.