post-title One on the house. Pubs cooperating to help tourists.

One on the house. Pubs cooperating to help tourists. 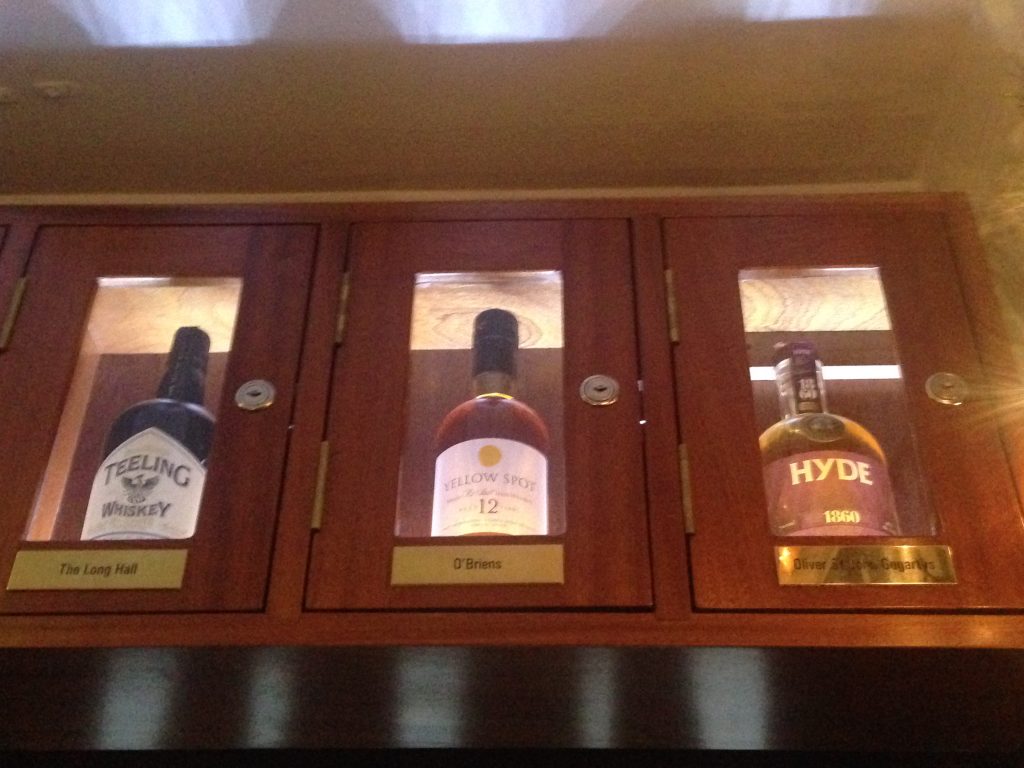 The Dame District is a great example of pubs cooperating to make an area more vibrant and popular. It used to be the case that pubs would compete aggressively for the same custom. Now, they realise it makes more sense to work together and improve what’s offered by the trade as a whole.

We came across one such example of cooperation that has as it’s focal point, The Bankers Bar on Dame Lane/Trinity Street. Alan, the owner, does a very good trade with tourists. Upstairs he’s got the Teller dining room, and he’s well rated on Tripadvisor. Often tourists in this pub and others ask the bar staff for recommendations for other pubs to try out in the city. Alan and the other publicans are always very obliging. Now they’ve come up with a way to make these recommendations even more inviting. 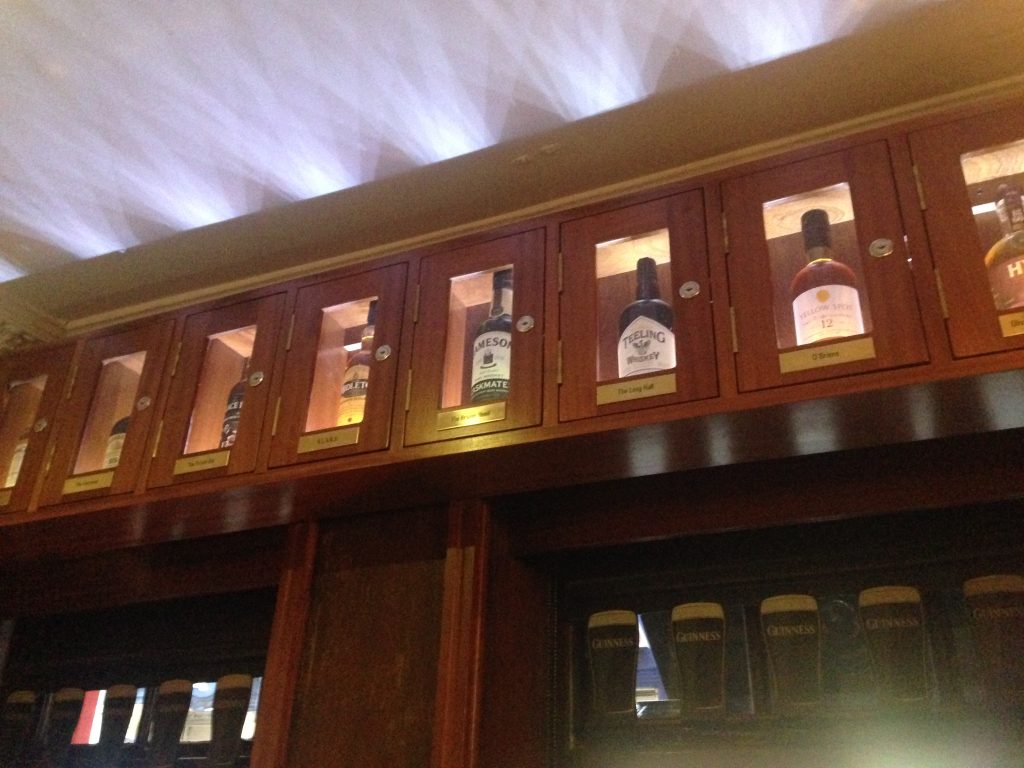 Let’s say people enjoying a pint in The Brazen Head are told by the staff there that The Bankers is a good spot to go for a pint. Well, they can now give those people a card that will entitle them to a complimentary measure of whiskey from the special ‘Brazen Head’ whiskey locker above the door as you walk in. They’re given a special card that they present at The Bankers. Alan in The Bankers will then know that this is a customer that The Brazen Head values a lot or were particularly pleasant.

It’s a great way of rewarding visitors and showing them that hospitality extends right across the city.

Each pub participating will buy their own whiskey, and store it in their own designated locker, ready to be given out to card carrying tourists.

The pubs participating in this gift exchange are The Long Hall, Oliver St John Gogarty’s, O’Briens, The Palace Bar, The Brazen Head, The Ferryman. The lockers are only in The Bankers for now.

It’s not something you should automatically expect or go up to the bar and ask for. It’s more at the discretion of the staff whether to offer it.

In addition to these special whiskey lockers, they also have some very nice new display cases, showcasing the range of whiskey they have on offer. 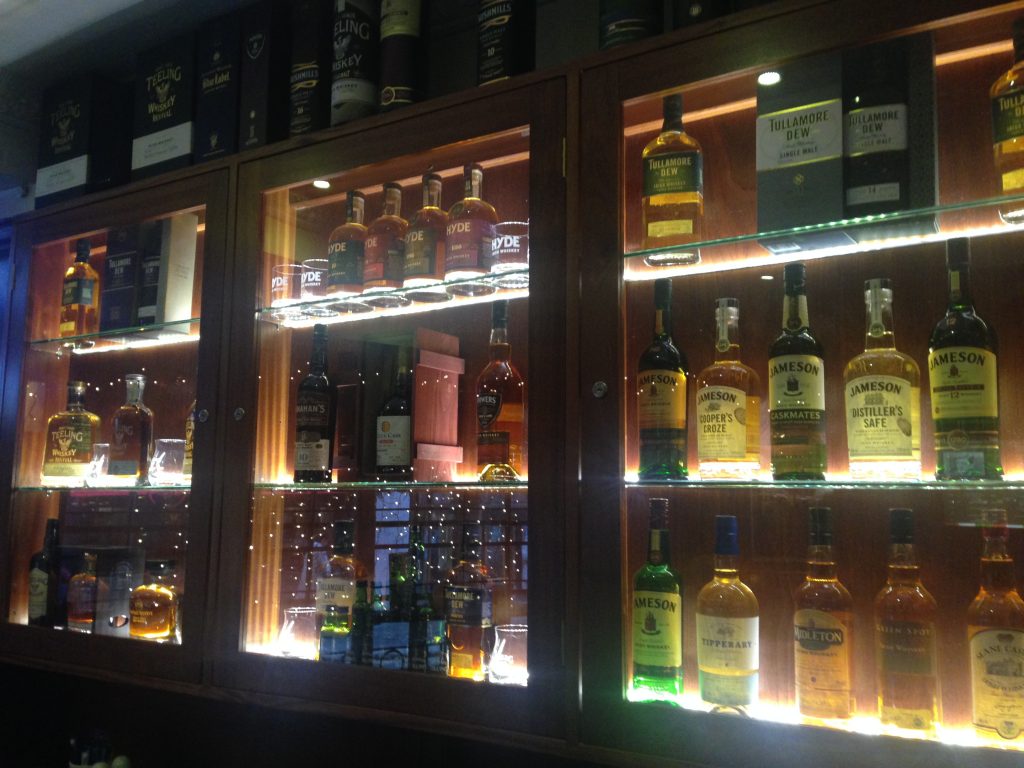 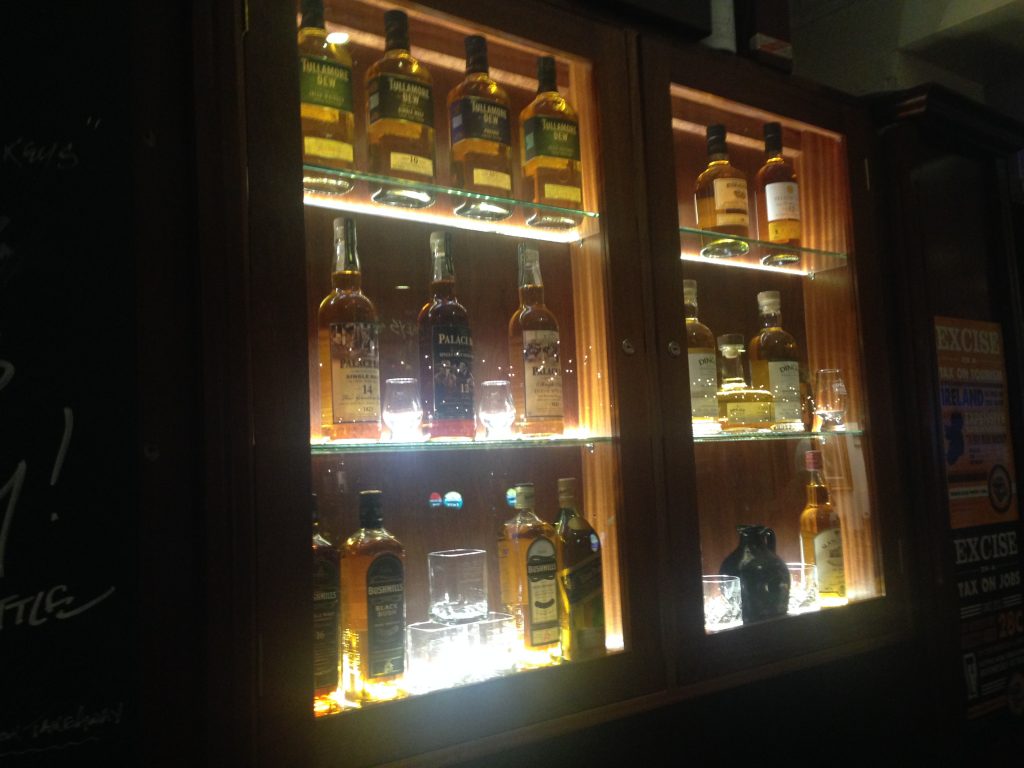