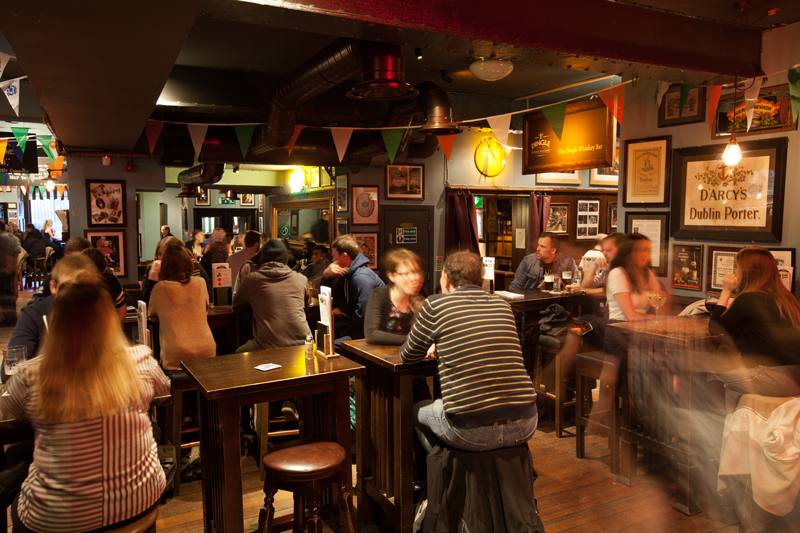 The Porterhouse Central, which will be opening on Good Friday.

Although the sale and consumption of alcohol on licensed premises is prohibited this Good Friday, a number of defiant pubs will be opening to serve food and allow visitors to the city to still soak up some of the good atmosphere.

The Dublin pub is something that has been changing quite a lot in recent years, and the quality of food on offer is one of those upheavals. It’s great to see a number of pubs opening and offering visitors to the city and locals the opportunity to still go to their favourite socialising spot.

Some of the pubs will be open for most of the day, but not at night. Some will stay open to show the Ireland v Switzerland match.

If you’re going to the match, there’s a number of places nearby or in town to get a bite before you head in.

For a list of ways to get alcohol on Good Friday despite the ban, visit this link.

The Bankers on Dame Lane have been doing a great food trade over the last while, going so far as to turn their top floor into the Teller dining room. Menu.

The Porterhouse will be opening from 12 and staying open for the Ireland match. They have some really excellent pub grub in here, including wings (which are well regarded), pizza, burgers, and a very varied selection of bar bites and full meals. Menus.

The Waterloo does a very good food trade and is highly regarded in the area. Their evening menu features red thai curry, beer battered fish and chips, grilled seabass, veg stir fry, and plenty more. They’re very close to the Aviva, so this would be a good place to get some food before the match. Menu.

One of Dublin’s best bars for tourists will be open on the day serving up the best Irish cuisine. Menu.

The new bar from the Galway Bay brewery will stay open on Friday, serving up some of the great food that they’ve become known for in their other bars. Menus.

Harrys on the Green

Harrys will be open from 12-7 serving their a la carte menu and plenty of non alcoholic beverages. Menu.

As soon as it was announced that the Good Friday prohibition was not going to be repealed, the owners of the Bridge and Grafton Lounge immediately said that they were opening for food. I suppose it’s in part to show that there is demand for it, and also to provide people with an option. They say they are open regular hours all day. Menu.

They’ll be serving food from 12-7.30 in the Horse Show House and they’re not all that far from the Aviva. Menu.

The Woolshed will be open, showing their usual massive selection of live sports, including the football internationals. They’ll also have live music from 3pm. Open 12-10.

Despite only serving toasties, The Palace will still be open on the day serving non alcoholic drinks. We can’t say for certain, but we would hope they’d be putting on a trad session for the visiting tourists. Well done to them for opening.

The Lotts are open 5-9pm, but they’re only taking bookings for a €25 3 course pre paid set menu. They’re known for their steaks. Menu link.

It’s a fine treat that tourists still get to see this fine building and bar even though it could well be closed. Menu.

Kavanagh’s on Dorset street will be open from 9am until 8pm.

If you know of any other bars opening on the day, please let us know and we’ll add them in. 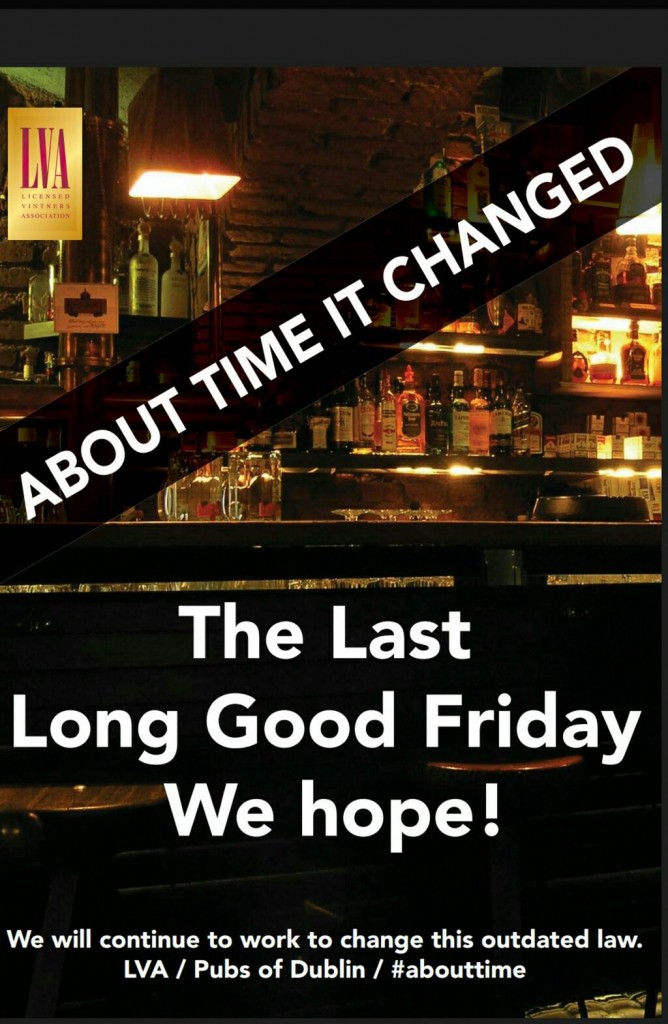