post-title Singing in the Gravediggers is strictly banned. These 13 men sang in the jacks instead

Singing in the Gravediggers is strictly banned. These 13 men sang in the jacks instead 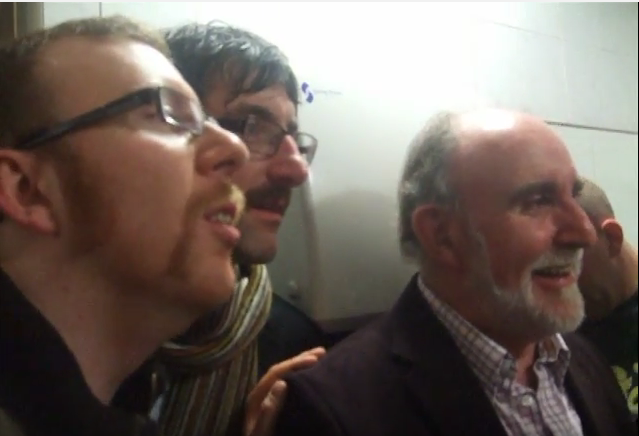 Like a lot of pubs of its vintage, The Gravediggers in Glasnevin values conversation and peacefulness so much that they have always completely banned singing in the pub.

A group of men, who are seemingly well known to the bar staff, were in the pub on a stag and fancied a bit of a sing song. We counted 13 of them packed into the fairly small mens toilet of The Gravediggers.

They sang The Beatles ‘I Will’. Friends of the group on facebook don’t seem to think much of their singing abilities, but we think they’re pretty good.

One of the barmen comes in to break it up, but lets them finish out the song before ejecting them from the toilets. As one of the men puts it “He’s going to have a fucking caniption.”

The video is complete with a Dublinism or two, such as ‘Gerrup outta that garden’. Our favourite line is “Tony, that’s the best piss I’ve had in 20 years.”

It looks like a bit of good humoured fun in one of Dublin’s most celebrated locals, but I wouldn’t go in there trying it every week.