post-title The Dark Horse Inn on the quays has closed

The Dark Horse Inn on the quays has closed 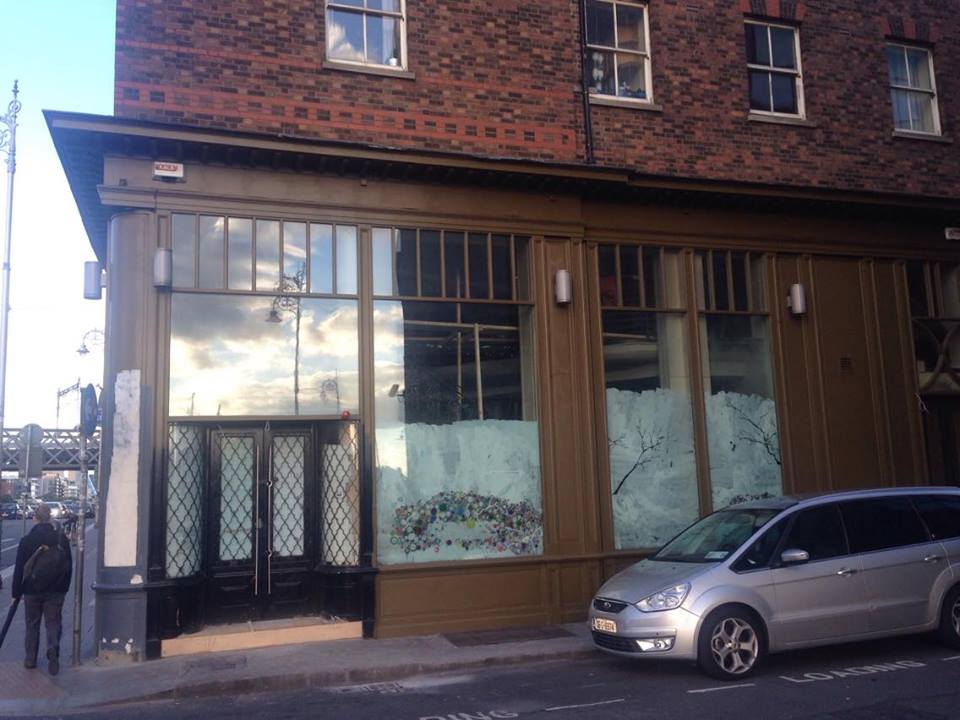 The Dark Horse Inn on the South quays near Tara street train station has closed its doors. It seems to have happened in the last few weeks. We had heard that it had closed, but we held off on writing anythign about it before talking to people in the trade.

A number of people have confirmed to us that it is closed. When we passed by a few days ago the windows had been whited out. The business is also listed as ‘permanently closed’ on google. 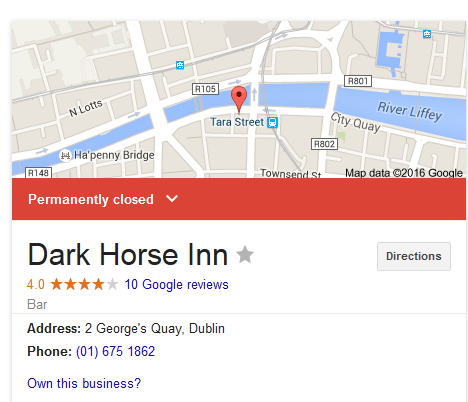 The pub was known best as an early house that occasionally played host to the Saturday breakfast club party (nothing to do with the film of course).

The pub is in an excellent location, so we’re sure whatever follows it will be successful. It’s a time of great upheaval in the pub trade and a time when early house licenses are not being given out anymore. Let’s hope that the next tenants keep the early house license that is enjoyed by the shift workers of Dublin.

We can’t find any mention of the pub being for sale on the websites of the usual estate agents for the trade. Those being CBRE and Morriseys.

Edit: We’re now told that it will not reopen as a pub and will be used for retail. Dublin loses one of its early houses.