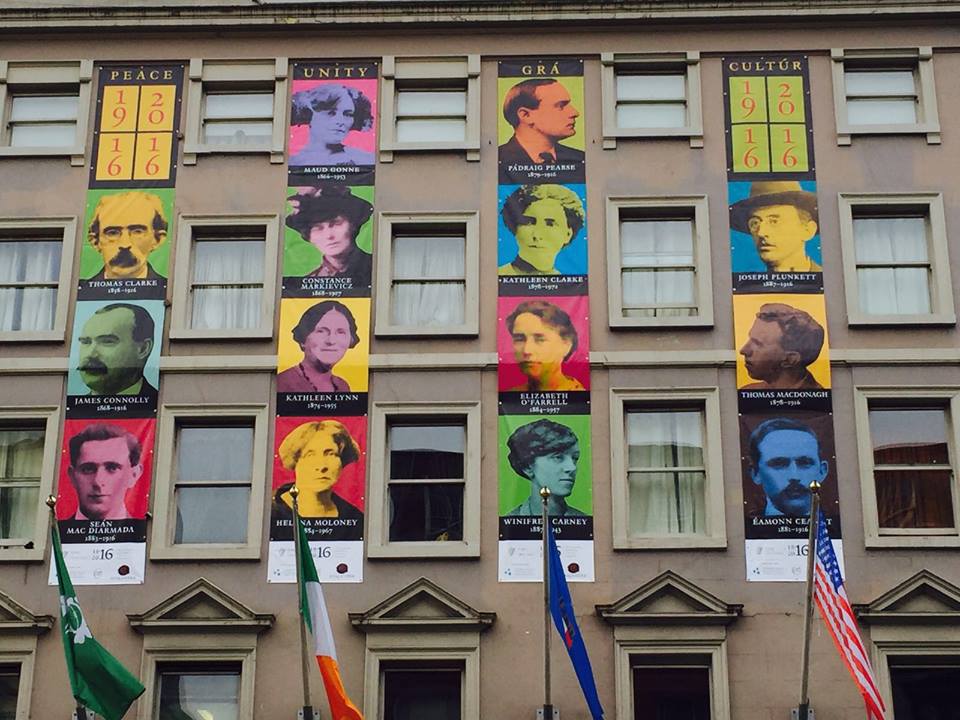 It’s about that time when the 1916 rising commemorations are about to really kick into gear. In the heart of the city on Dame street, The Mercantile have unveiled a new massive piece of artwork featuring 7 signatories of the proclamation, as well key female figures of the rising.

They artwork was designed by Councillor Mannix Flynn. The artwork is in stark contrast to the city council tapestry on the GPO. Above the photographs of the signatories are the words ‘Peace, Unity, Grá (love), and Cultúr (Culture). 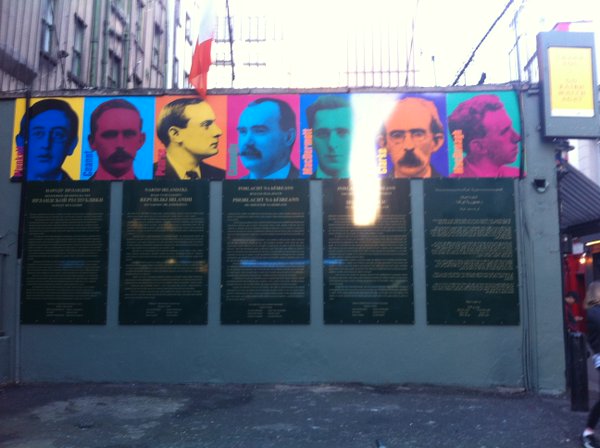 At the side of the venue on Georges street there is another piece of work featuring the text of the proclamation in 5 languages. It’s a fantastic piece of work, especially considering it’s prominent placement in one of the cities main thoroughfares.

We’ll soon be doing an article on pubs celebrating the rising with decoration and artwork.