post-title There’s a great overlooked beer garden on the Northside.

There’s a great overlooked beer garden on the Northside. 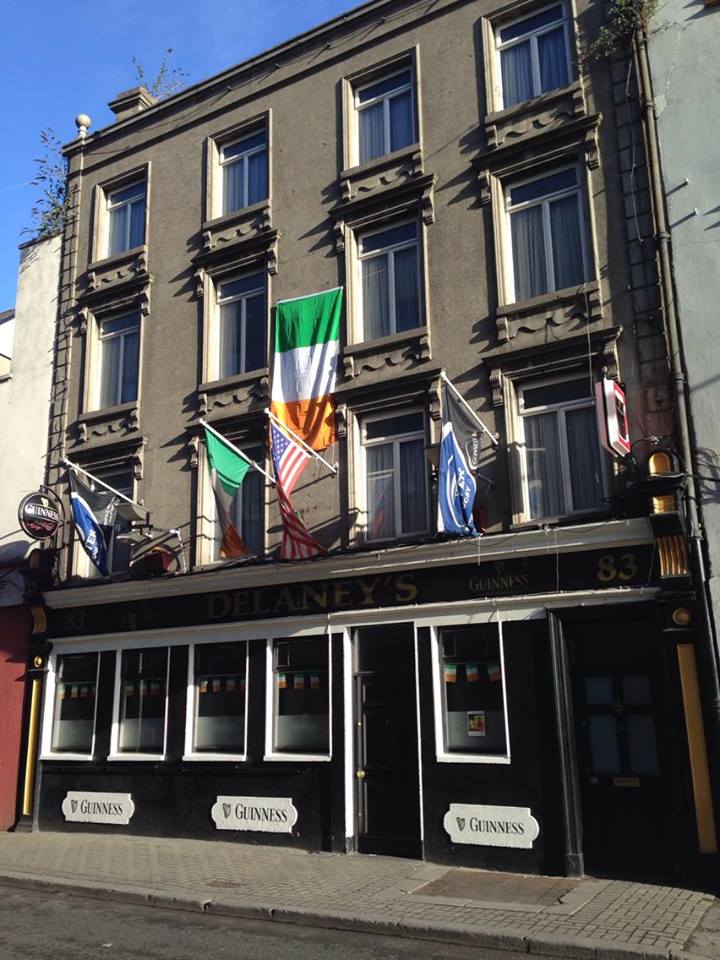 We say overlooked because we had never been there before last weekend, but it’s probably well known to people in the area. We had often heard that Delaneys on North King street near Smithfield square had a pretty good beer garden, but we haven’t really had to weather to check it out for quite some time.

Going in to put it to the test was quite a revelation. The inside is a fairly old school bar, including a locked ‘members only’ room at the front. The main bar is dark and furnished a good few years ago, but it has a certain character to it.

Stepping outside you’re greeted by a fairly impressive beer garden with artwork on the walls. There’s an initial partially covered area with 2 picnic tables and a few high tables. At the back there are 4 large picnic tables with ample seating around them. 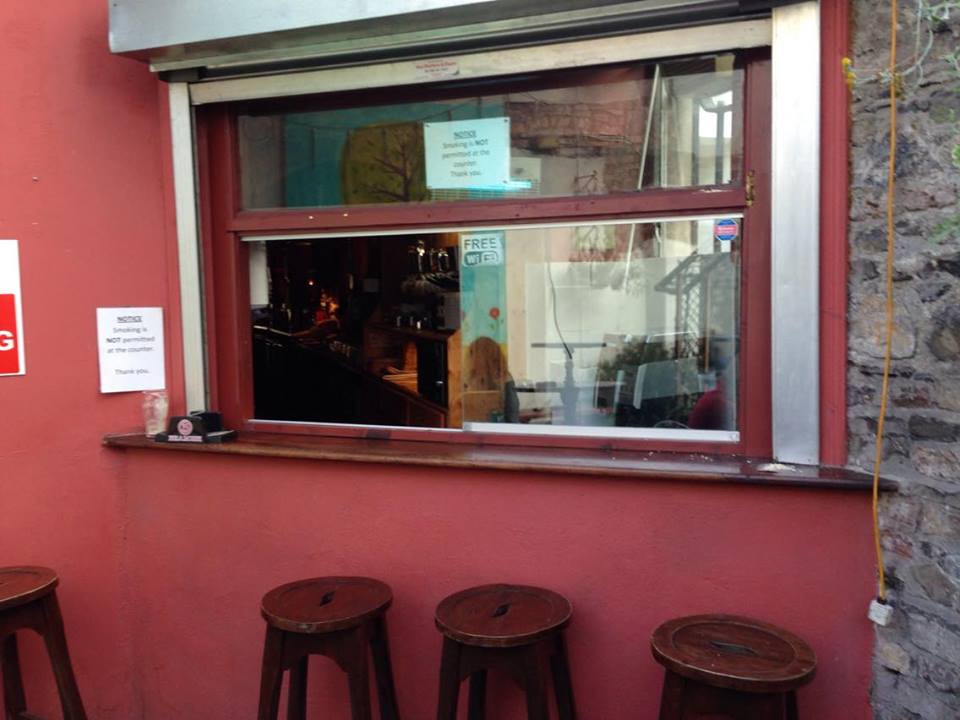 The hatch into the bar.

The partially covered area has an old style heater that apparently gets ‘Mad Hot’ according to the sign. They also have a very handy hatch from the beer garden into the bar so you don’t have to travel far.

In a city where good beer gardens are hard to find, this is a very nice spot that’s worth checking out if you live or work in the area.