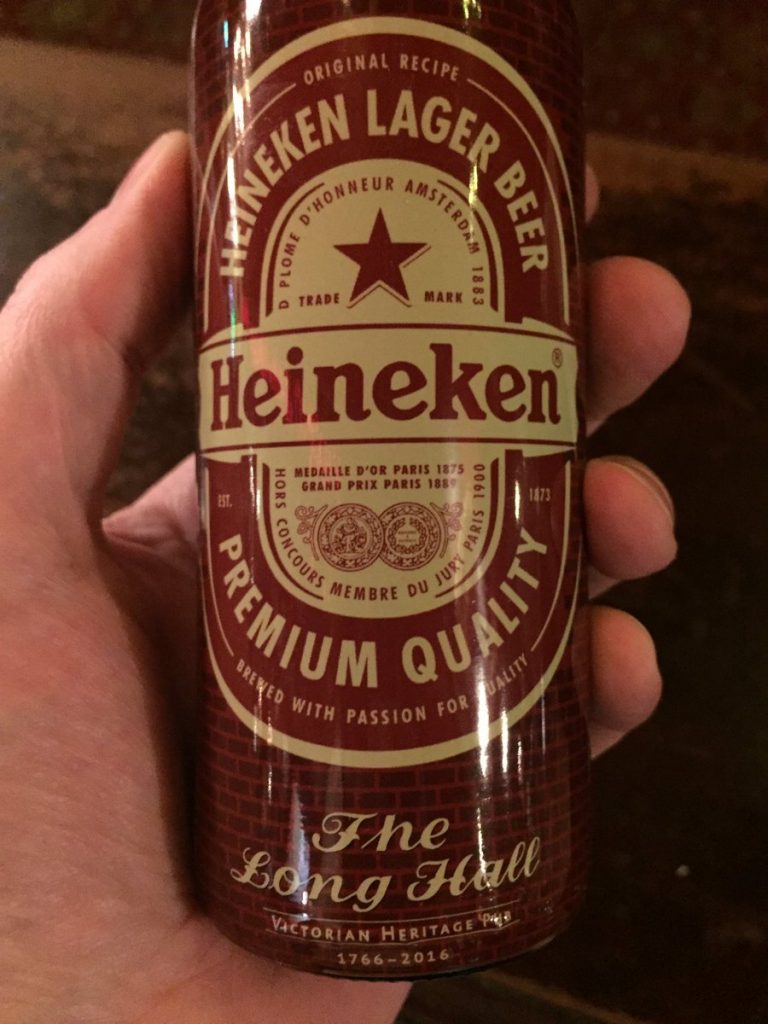 A few months ago the Long Hall had a big bash in the pub to celebrate 250 years in the trade. During his speech, Marcus, the owner, mentioned that they had a few things planned to mark the occasion. One of them involved a collaboration with Powers to produce a special Long Hall whiskey, which was released last month. The other was a collaboration with Heineken.

The fruits of that collaboration were revealed in the last few days to be a specially designed Heineken bottle only available in The Long Hall. It’s another collectors item that pub enthusiasts will be clamouring for. 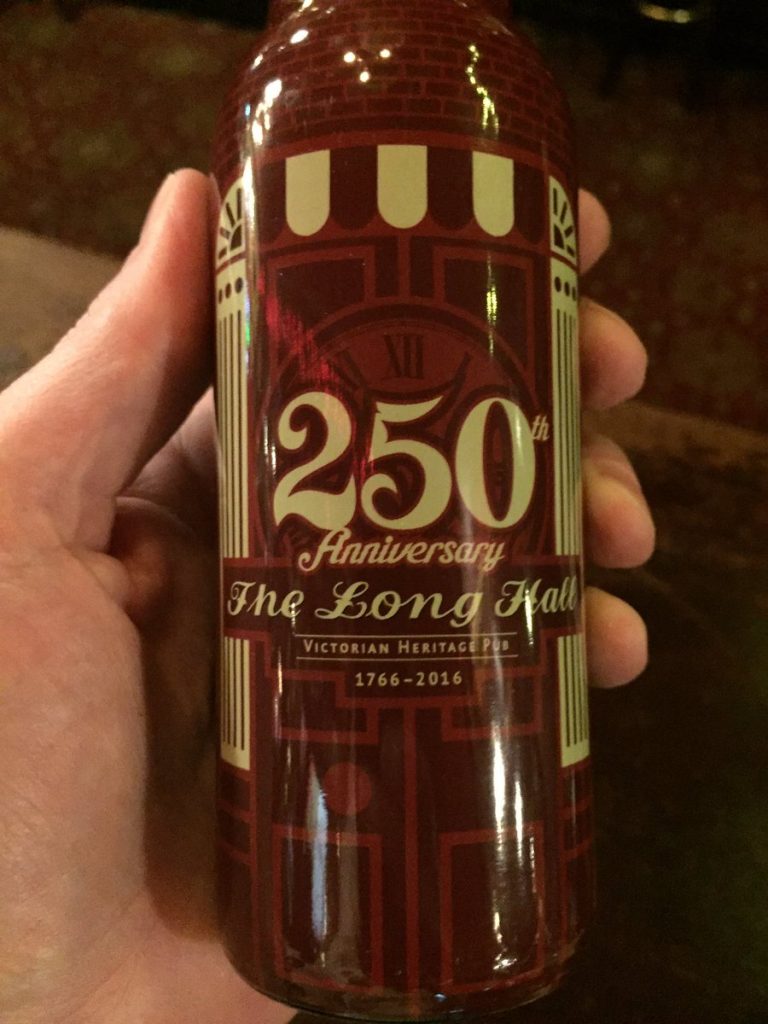 The design captures the red and white awning, the brickwork, the door of the the building, and the clock inside. It also features the year of establishment, 1766, and the year the anniversary is celebrated, 2016.

We’ll be popping in soon to get one for our box of pub memorabilia.