post-title When pubs used to bottle their own Guinness.

When pubs used to bottle their own Guinness.

We had read from several sources on several different occasions that it was once the done practise for a pub to bottle their own Guinness. It would be sent from the brewery, to the pub cellar, and would then make it’s way into a bottle. Recently several pubs shared with us images of the bottle labels. Each pub would have their own label, with the name of the pub on it and several other details.

The last pubs to use this practise apparently finished in the 1960s.

The pubs had to wash the bottles once they were used, and get them ready for a new brew. They were soaked so as to remove the labels and also scrubbed on the inside with a bristled bottle washing brush.

The keg was tapped, but was so heavy that it couldn’t be lifted to any decent height. This meant that they could only get it up a small bit and the person doing the pouring had to sit on a small stool, hunched over.

The bottle caps were the standard ones that are used today, but with a cork cushion and were put on using a press specifically made for this function. The label was stuck on using a paste of flour and water.

In the book ‘Mulligans. Grand Old Pub of Poolbeg Street’ there is a section which describes how Paddy Flynn, a barman, came to join the Mulligans staff in 1925. In it, the author notes ‘Mulligans, similar to many other licensed premises, pasted labels on the Guinness bottles which also had the pub’s name and address printed on them’. 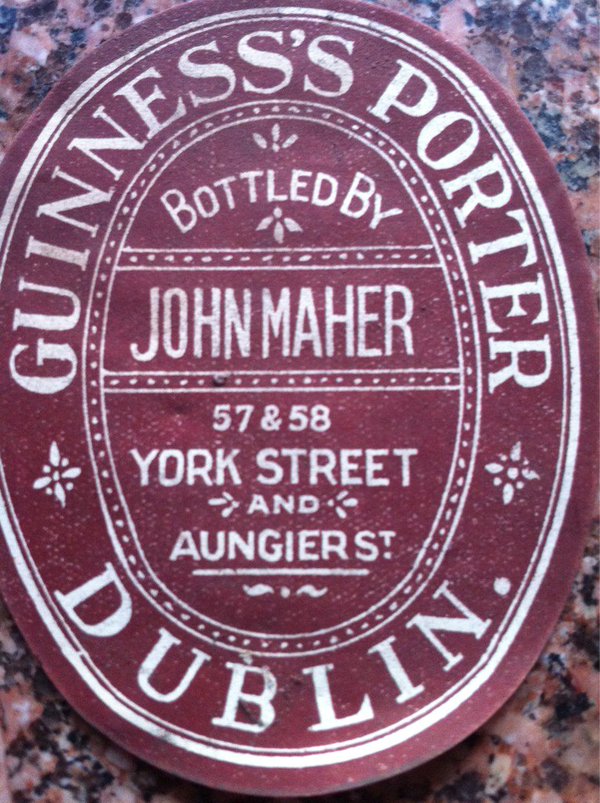 This label from The Swan on Aungier street is from when the pub was owned by John Maher. Maher owned the pub until 1924, meaning this label likely predates that time. 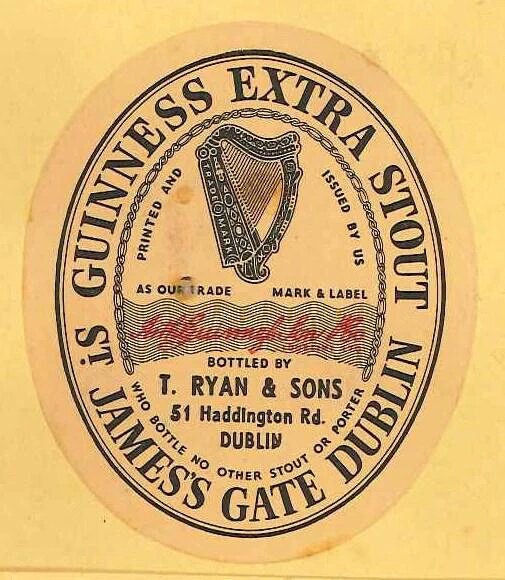 T. Ryan and sons is now The 51 on Haddington road. They believe it to be from around 1927. One commented on twitter says that it was once his grandfathers pub, and that Tommy Ryan sold it in 1976, making 1927 too early. It is possible that it was Tommy Ryan junior. That’s just guess work on our part. 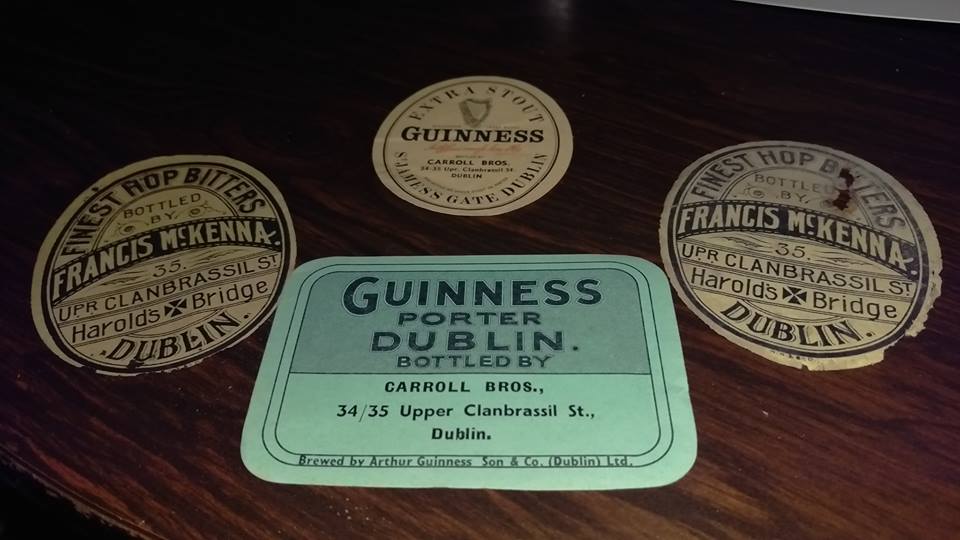 MVP on Clanbrassil street was once called Francis McKenna’s. The McKenna’s sign still hangs proudly on the frotn wall above the doors. It was also apparently once ‘Carroll Bros’.

Love these old labels from @T_O_Brennans days as a Guinness bottler: pic.twitter.com/xjJTHwu6L3 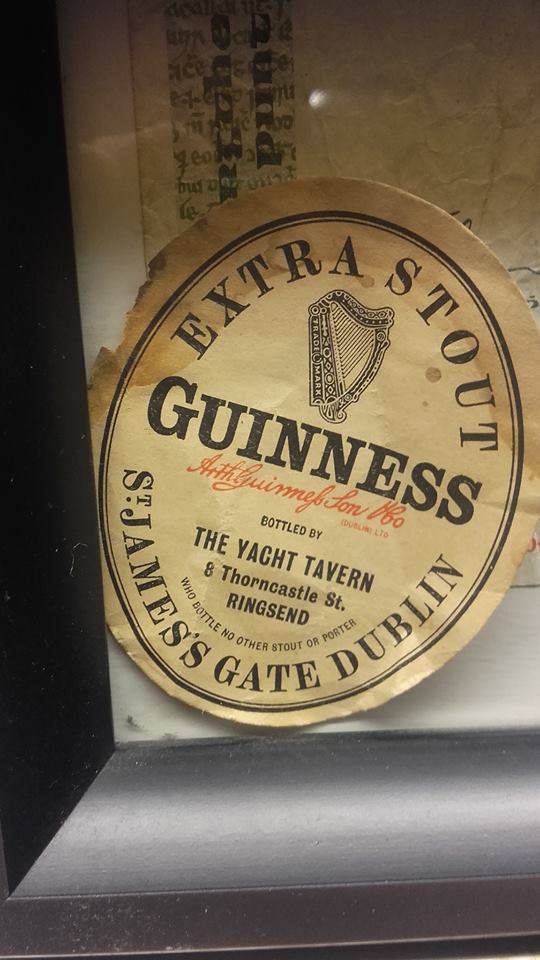 Sent in by the folks at The Yacht Tavern in Clontarf. 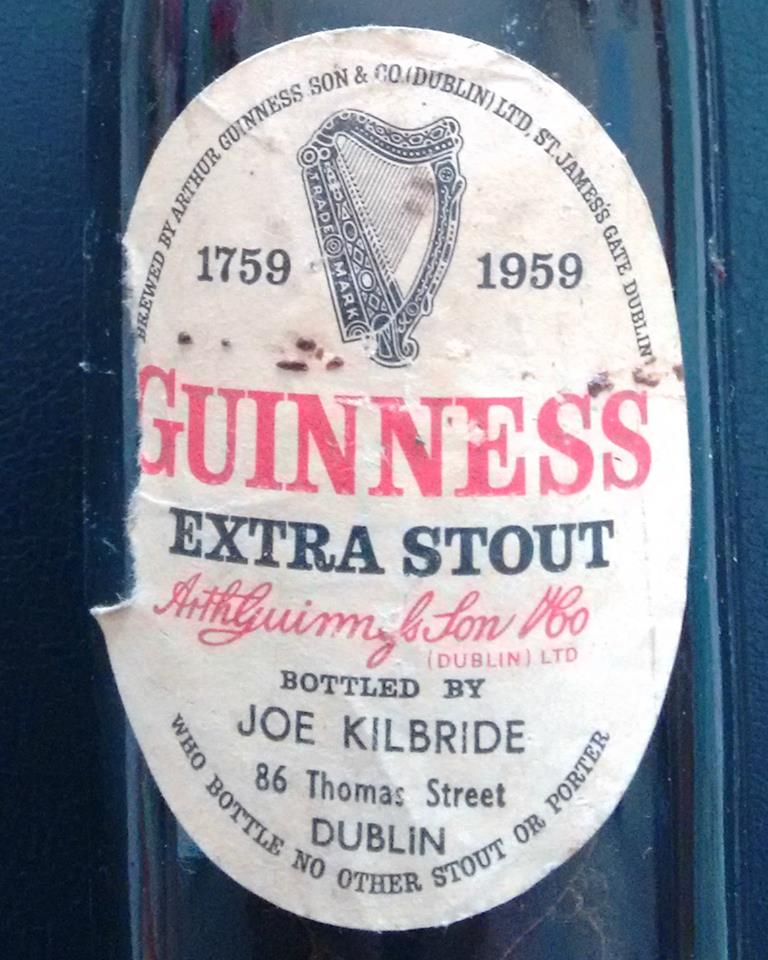 With thanks to John Kilbride. Joe Kilbride’s is now The Thomas House. 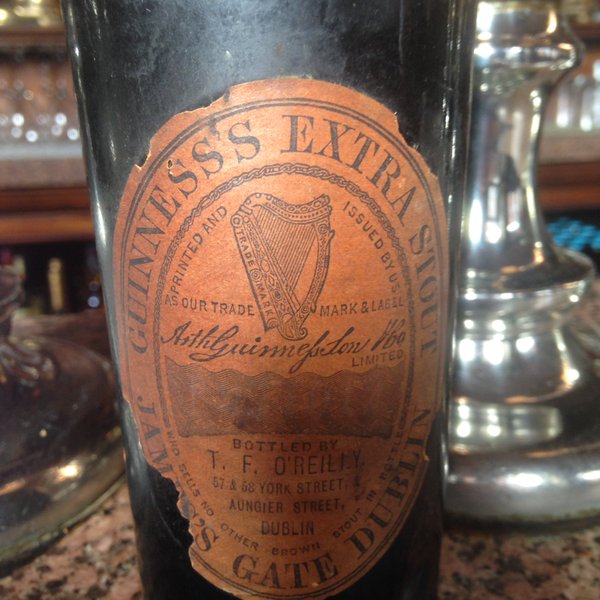 Here’s another one from what is now The Swan. This one is from circa 1897 and was from when the pub was owned by T.F. O’Reilly.

You can read more about the bottling process via this article.

The reference from the Mulligans book is from page 67.

If you have photos of more of these labels, please do send them in. It would be great to collect them for posterity. publinie@gmail.com