post-title Whiskey of the month specials in Dublin pubs

Whiskey of the month specials in Dublin pubs

Whiskey in Ireland has been enjoying a bit of a revival of late and the selection has never been better. A number of Dublin pubs offer a ‘whiskey of the month’ to allow customers to try something a bit more special for a bit of a lower price.

Here’s a few of those pubs offering a whiskey of the month offering.

The Bankers have been amassing a nice little collection of mostly Irish whiskeys. It’s a nice little pub in the very centre of the city. A nice place to watch a match of for a quiet drink.

Our Whiskey of The Month for February. Beautiful expression finished in Bordeaux Wine Casks. pic.twitter.com/fjIieuOKkK

The Long Hall is one of the most popular pubs in the city. Their Guinness is revered as some of the best in city, and they also have a lovely spirits display behind the bar.

#whiskeywednesday is here! Our new whiskey of the month is Tullamore Dew Pheonix at a whopping 55%! Only €5! pic.twitter.com/bJfv2ka90k

Bowes is known as one of the best whiskey bars in the city, having a hugely extensive menu available and a beautiful display above the bar. They also have a map of whiskeys of the world in their snug.

Warm yourself with a nice whiskey up on this rainy day! Tullamore Dew 12 yr Reserve is our whiskey of the month pic.twitter.com/ztQMuHdING 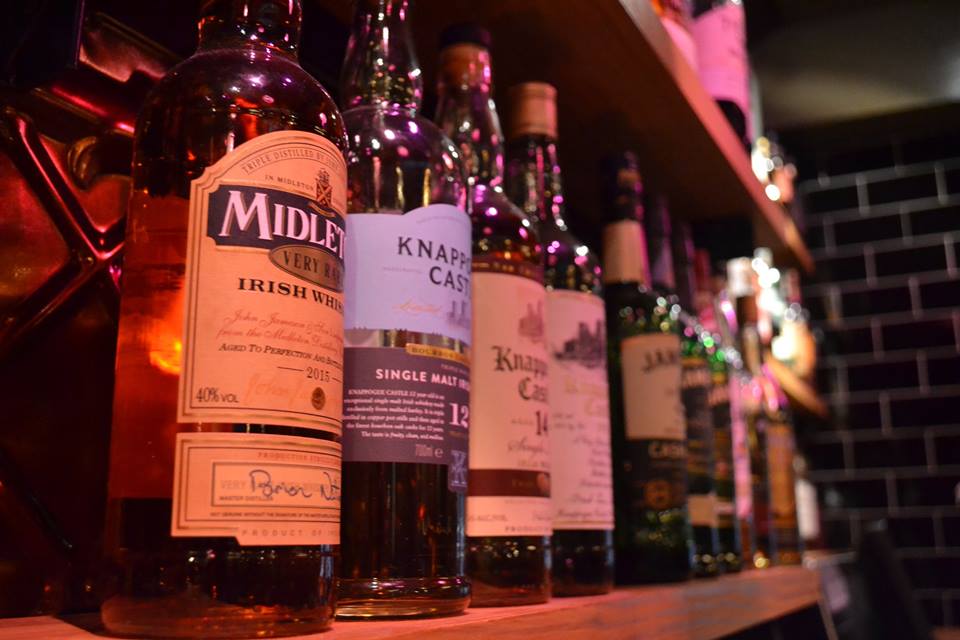 Got that Friday feeling? Treat yourself to a @TeelingWhiskey Single grain! Our whiskey of the month! pic.twitter.com/thaOEBoPdF

Now, we’re positive there are plenty more bars with a whiskey of the month deal, but these are the ones we’ve found on social media. If there are more you would like to see added in, please email us at publinie@gmail.com or message us via social media.