post-title 7 parties to celebrate the New Year in style

7 parties to celebrate the New Year in style

The Church on Jervis Street will have a DJ spinning tunes in this spectacular venue and they’ll have a balloon drop at midnight to celebrate the dawn of a New Year. Cocktails and craft beer is the order of the day here. For more details see their facebook event. 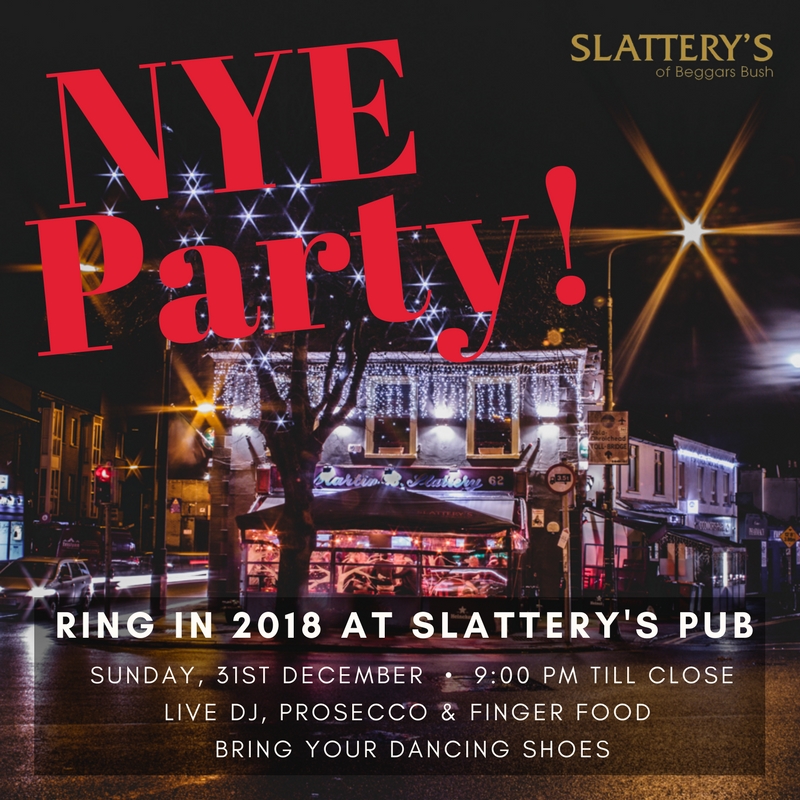 Slatterys in Beggars Bush are throwing a bash on the night. It’ll be a simple but fun affair with a DJ playing tunes from the 70s to the present day. There’ll be complimentary finger food and free prosecco for the toast at the countdown.

Get your FREE ENTRY priority ticket for NEW YEARS EVE from the bar any day after 11.30am.

6 bars over 4 floors ensure plenty of space to party in Bad Bobs in Temple Bar. There’s 2 DJs and a sax player keeping you entertained until the countdown and beyond.

For something a bit different, Arthurs on Thomas Street have a night of Blues music starting at 8pm. It’s €15 entry.

Book a table for New Years Eve and get complimentary Prosecco/Beer & Finger Food.

So, not quite an organised party, but The hill is a nice venue to ring in the New Year if you want some beer, gin, and food. They’re also doing some free prosecco and finger food if you book.

Here’s a nice idea: Go and get yourself a table in the Bull and Castle, have some oysters or choose from their bar food menu and choose from a wide selection of craft beer or try a few cocktails. On the stroke of midnight either stay in the bar or go outside to toast the new year to the sound of the bell chimes coming from Christchurch Cathedral directly across the road.

Join us for NYE, Peeps!

We’re having a KBS TEKU SESH to ring in the new year!
Tekus FULL of COMPLIMENTARY KBS at 23:59.

If you haven’t already tried Underdog, the new craft beer pub on Dame Street under Brogans, then NYE is a great opportunity to start the New Year somewhere new with a fresh start.