The long hall has sold 22 million pints of Guinness in 250 years. 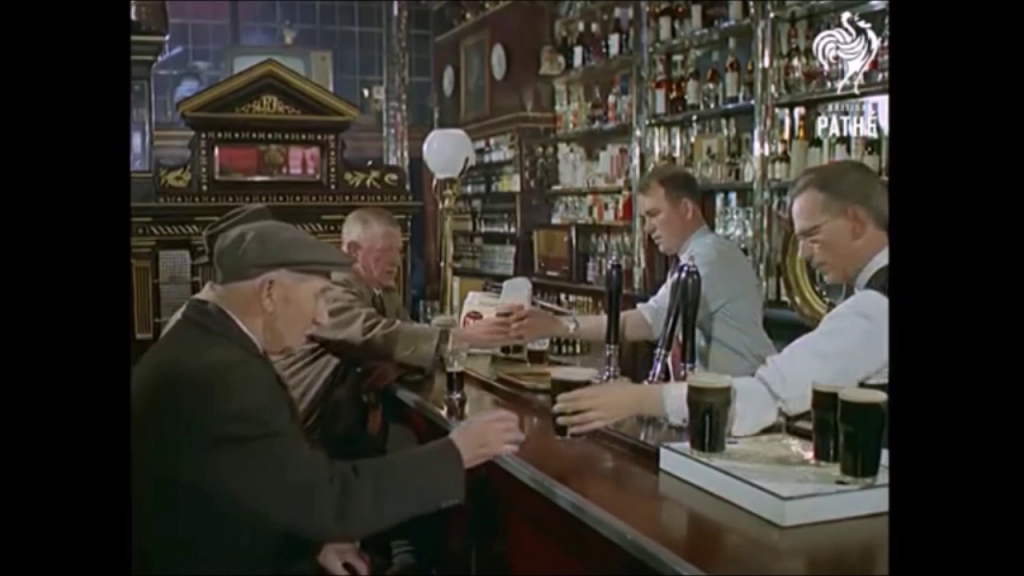 At their 250th birthday celebrations in 2016, owner Marcus Houlihan estimated that in the entire existence of The Long Hall they had sold around 22 millions pints of Guinness. And it’s only Guinness they’re calculating, not other beers. Can anyone calculate how many times over the volume of the liquid would fill the pub? It’s a well known spot for a drop of stout!

The screen from Highbury, Arsenal’s old ground is in Gibneys pub in Malahide. 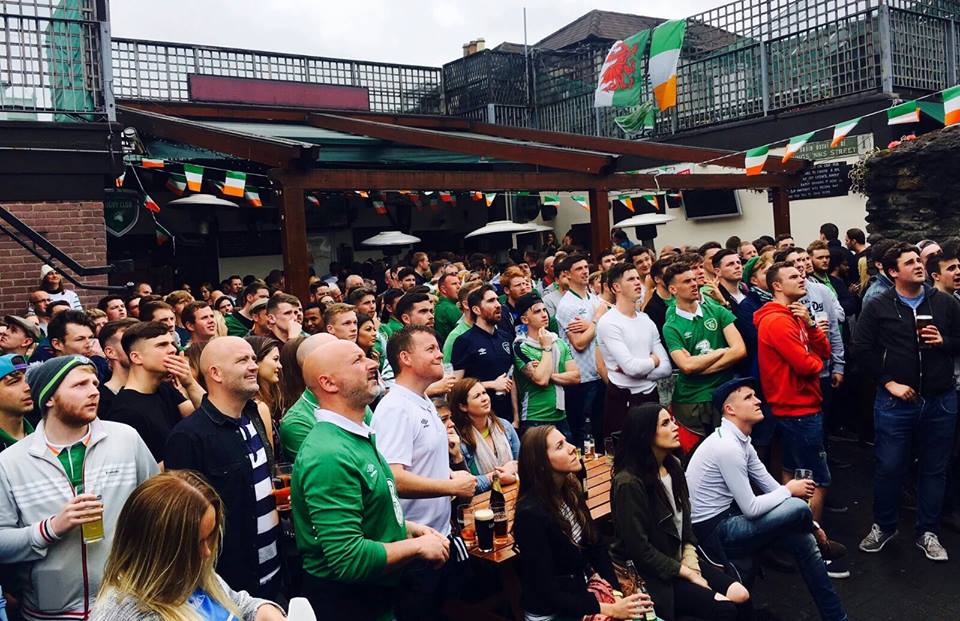 When the Highbury stadium was being demolished after Arsenal moved into their new Emirates stadium there was an auction of items from the stadium. Tony Gibney bought the screens for £10,300 at auction in 2006. Not a bad deal when they cost £4 million when they were initially installed. Source.

Irish rail paid for a pub’s electricity because one of their bridges blocked out the light. 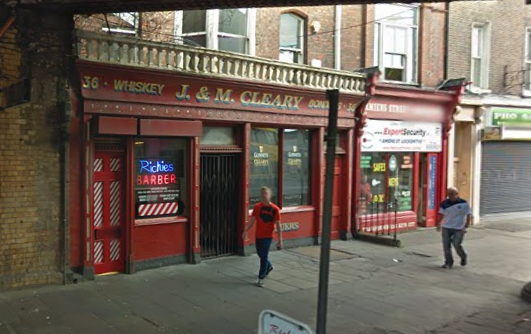 Cleary’s pub on Amiens Street is a beautiful and underappreciated Dublin pub. It’s located directly underneath a bridge that carries trains which blocks out most natural sunlight. I was told of a rumour that Irish Rail had a long-standing agreement to pay for their electricity, as they would have to have the lights on all the time. Irish Rail, through twitter, said they had no knowledge of the deal, but one of the barmen who is well versed in the history of the pub told us that there was indeed a deal with the previous landlord but that it had ended in the 90’s.

In the beer garden of Ned O’Shea’s pub on Lower Bridge Street you’ll see 2 rows of raised wooden seats facing each other. These seats were salvaged from the old Croke Park before it’s redevelopment in the 90’s. 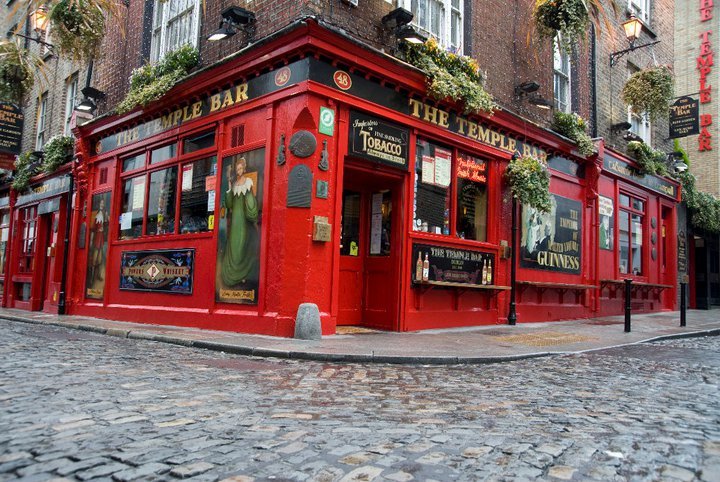 It may seem bizarre now, but in 1998 there was an attempt by bars and businesses in Temple Bar to ban hen and stag parties because they thought that their behaviour was affecting their attractiveness to other tourists visiting the city. Source. 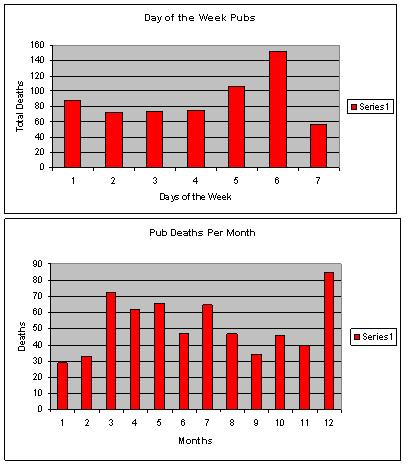 The blog ‘Dying for a pint’ has been cataloguing all murders that have occurred in Irish pubs North and South. They have deduced that the safest time to be in a pub is a Tuesday in January. The most dangerous time is a Saturday in December. Now you know when to enjoy your pint safely! Source. 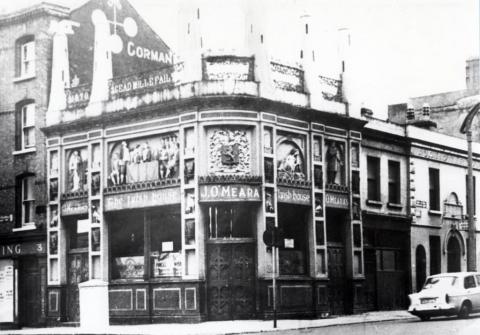 On the site of the current Dublin City Council Offices there was once a beautiful pub called ‘The Irish House’. It would have been a very familiar site on the banks of the Liffey, with it’s stucco work and design that harked back to romantic Ireland. When the pub was scheduled for demolition in the late 60’s it was decided that some of the pub would be salvaged and kept for posterity. A lot of the pub now resides in the warehouse of the Civic Trust. Apparently some items from the pub were bought by two famous Irish actors and noted drinkers, Richard Harris and Peter O’Toole. Peter O’Toole famously tried to buy an entire pub while drunk one night, so it’s not exactly unlikely that he bought memento’s from an iconic Dublin pub after its closure.

Irish president Sean T O’Ceallaigh used to slip into hole in the wall for a pint during his terms. 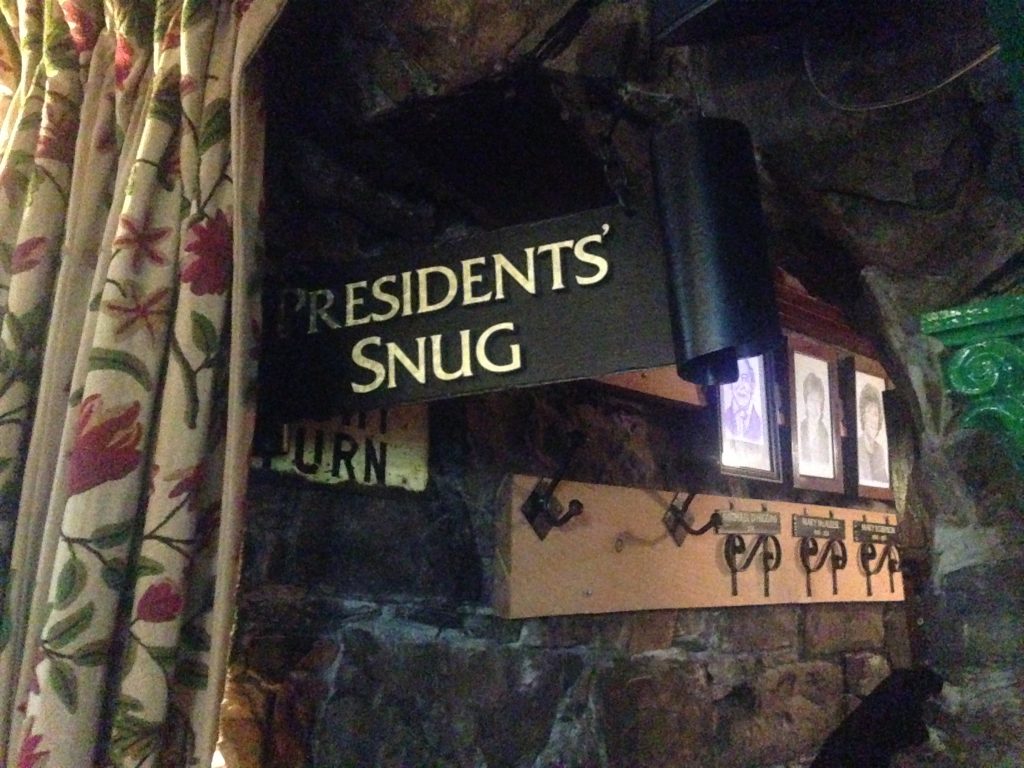 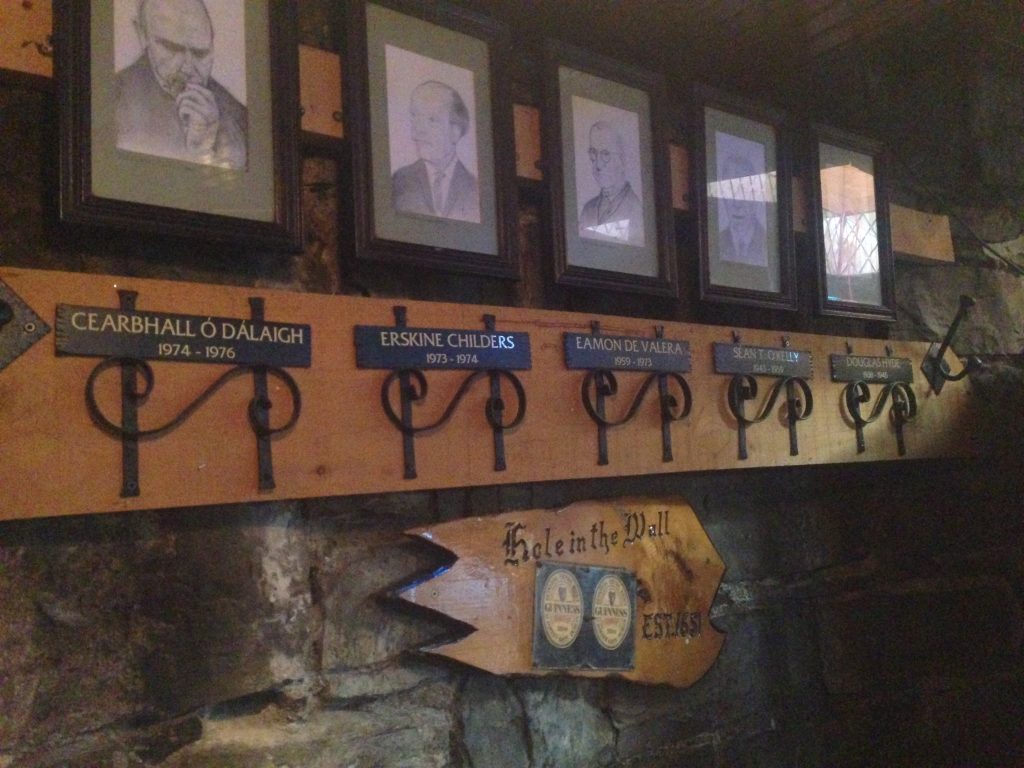 The Hole in The Wall pub is so named because there’s a gate leading from just outside the pub into the Pheonix Park. And just down the road from that gate is the residence of the Irish president, Áras and Uachataráin. During his 2 terms, President Sean T O’Ceallaigh apparently would slip into the snug of the pub for a pint. The snug is now named the President’s snug and has an image of every Irish president to date.