post-title From the archives: Guinness putting up their prices after the 1916 Rising

From the archives: Guinness putting up their prices after the 1916 Rising 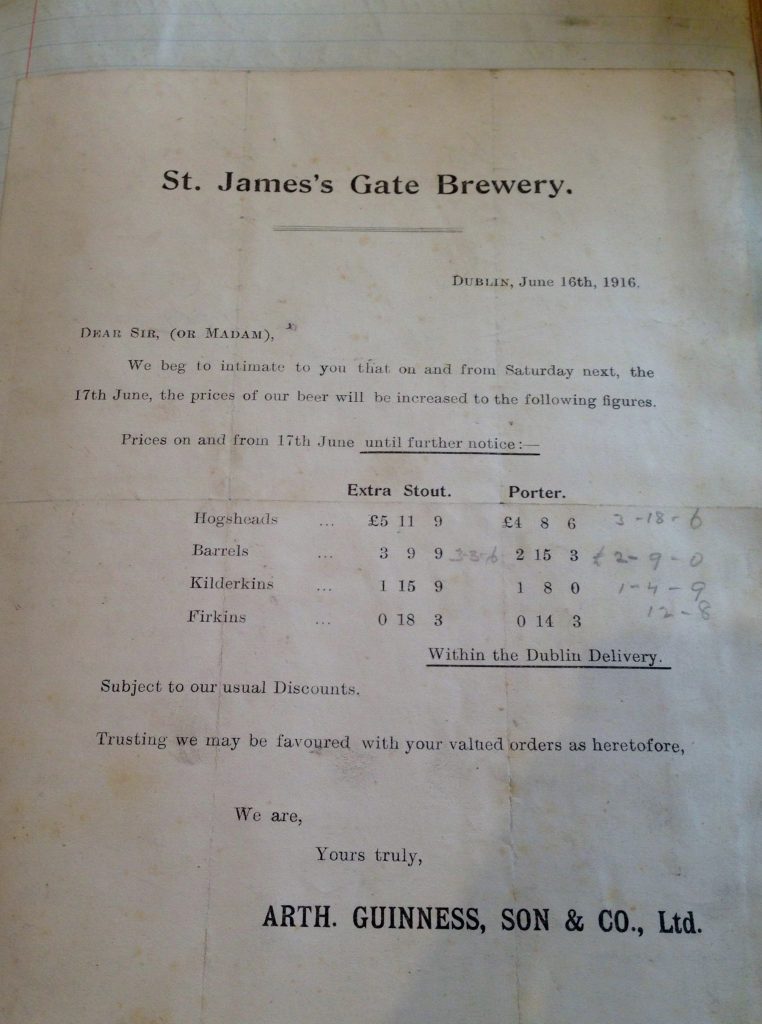 2017 see’s the Licensed Vintners Association celebrate 200 years in operation. They allowed us in to look through their archive. This article is part of a series looking at some of their records.

This week we take a look at a document sent by Guinness’ brewery to publicans in the wake of the 1916 Rising. Previously we had discussed a letter from the brewery to the LVA stating that, owing to the conditions of the time, there would be significant cutbacks in the amounts that could be delivered, for the time being.

In this document from June 16th 1916, the brewery is writing, seemingly to an individual member about the fact that they will be putting up their prices. There is no mention of any reason, but if we follow from their last letter, it is likely due to the turbulent political situation of the time.

“We beg to intimate to you that on and from Saturday next, the 7th June, the prices of our beer will be increased to the following figures.”

The standards of measurement or types of containers mentioned in this document would seem strange to us. Hogsheads, Kilderkins, and Firkins.

Beside the new listed prices for extra stout and porter, someone has scribbled in what must have been the old prices. So, the price for a hogshead of porter went up from £3 18 shillings and 6 pence to £4 8 shillings and 6 pence. That’s an increase of 12.7%, which is quite a large rise for any time period.

This letter is stuck on the pages of the journal of that year without comment, although it was no doubt discussed at LVA board meetings.