post-title From the archives: The Guinness shortage after the 1916 Rising

From the archives: The Guinness shortage after the 1916 Rising 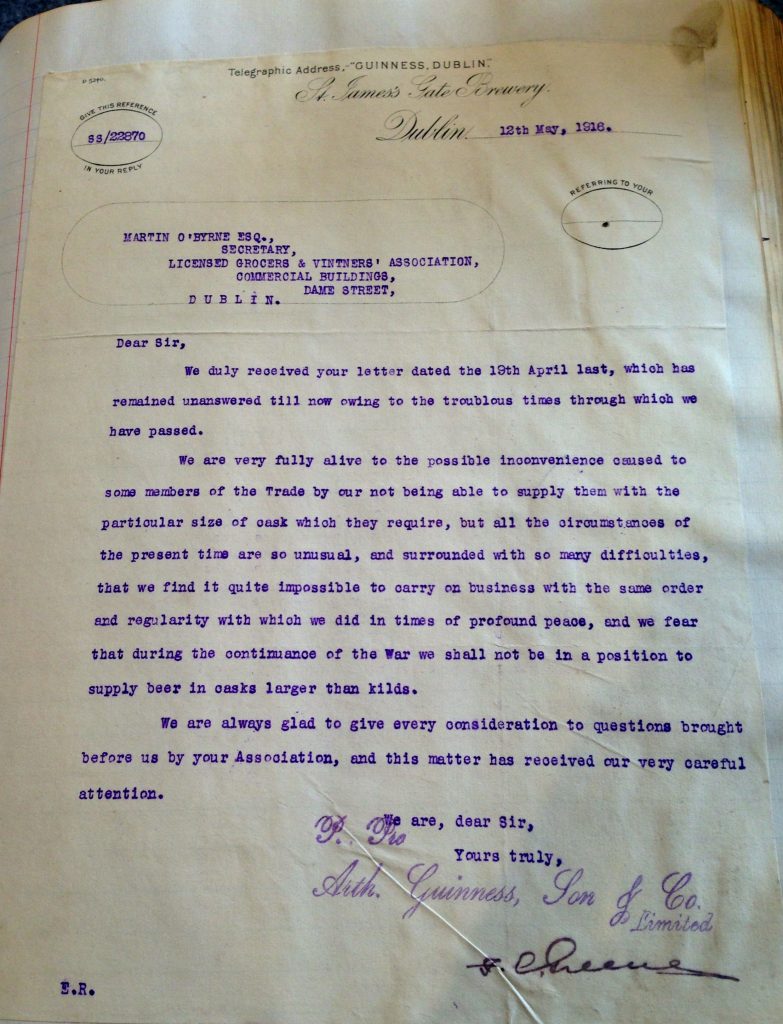 This is the second in a series of article that looks at documents that we found and scanned in the archive of the Licensed Vintners Association, who are celebrating 200 years in existence in 2017.

The following document shows the immediate reaction of the Guinness company in St. James’ Gate t the 1916 reaction through a correspondence with the LVA. 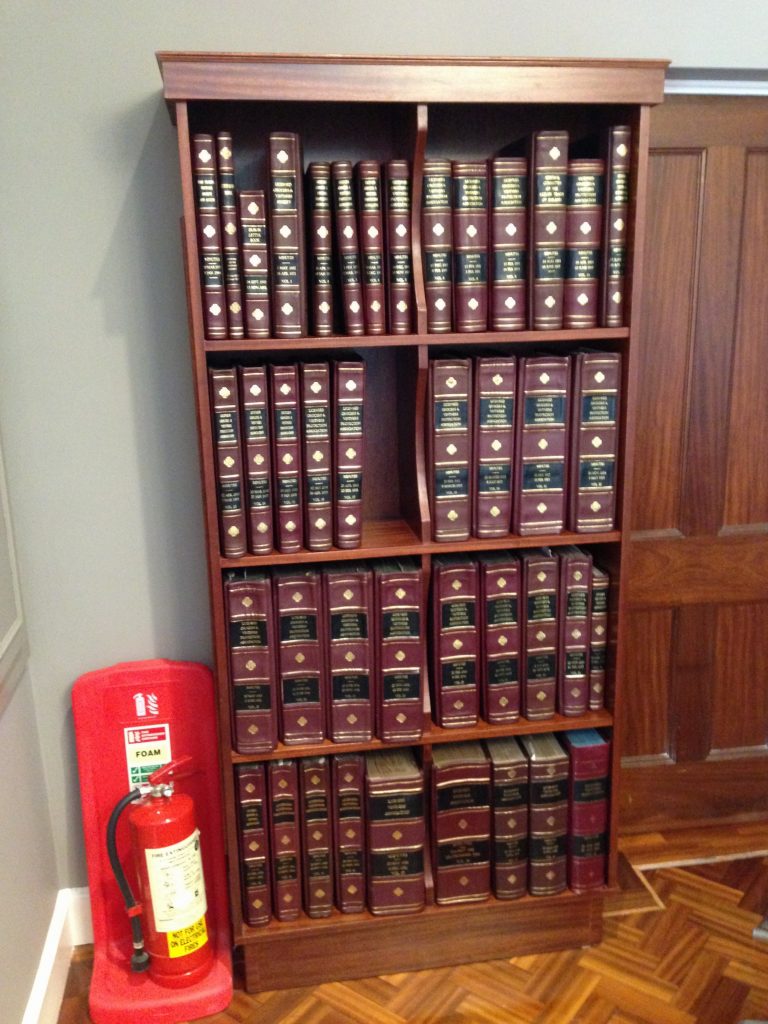 The archive of minutes from LVA meetings dating back to 1817.

In their reply, Guinness show that they are understanding of the demands of the LVA, but that there are difficulties arising from the state of the city at the time. Here is the text of the document:

We duly received your letter dated 19th April last, which has remained unanswered till now owing to the troubled times through which we have passed.

We are very fully alive to the possible inconveniences caused to some members of the trade by our not being able to supply them with the particular size of cask which they require , but all the circumstances of the present time are so unusual, and surrounded with so many difficulties, that we find it quite impossible to carry on business with with the same order and regularity with which we did in times of profound peace, and we fear that during the continuance of the war we shall not be in a position to supply beer in casks larger than kilds.

We are always glad to give every consideration to every question brought to us by your association , and this matter has received our very careful attention.

It appears that the Rising considerably impacted Guinness ability to produce and deliver their product to the pubs of Dublin. We’ll see in our next document how this effected price.