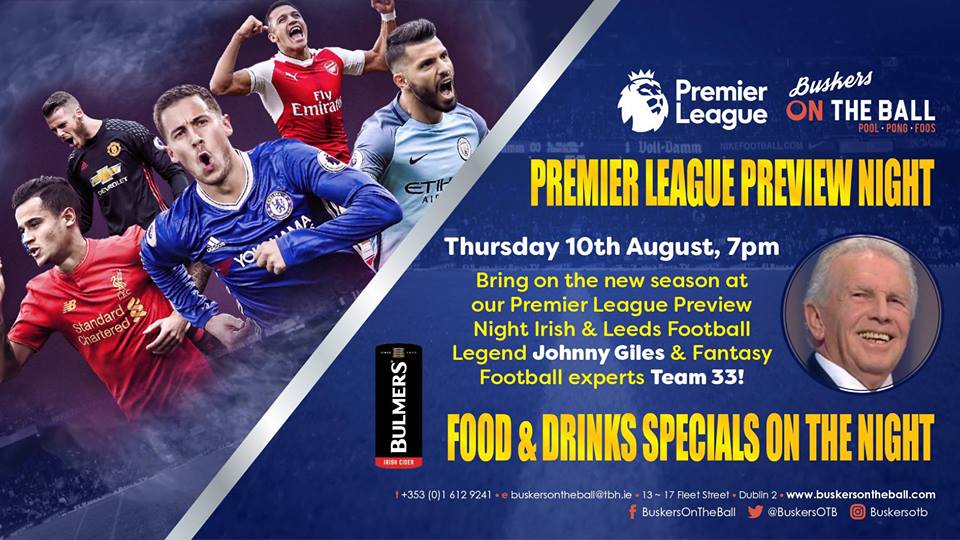 Buskers on the Ball opened earlier in the year and quickly became a hub for football and just about every other sport going.

They’re gearing up for the return of the Premier League with a special preview night in the bar with Leeds and Republic of Ireland legend Johnny Giles.

Johnny will give the crowd his expert analysis of how he feels the season will pan out and who he sees as the strongest contenders for the title after a summer of extravagant spending.

There will be food and drink specials on the night. Entry is completely free, but you do have to RSVP to ontheball@tbh.ie for entry. So, get emailing. The event is on Thursday the 10th of August, beginning at 7pm.