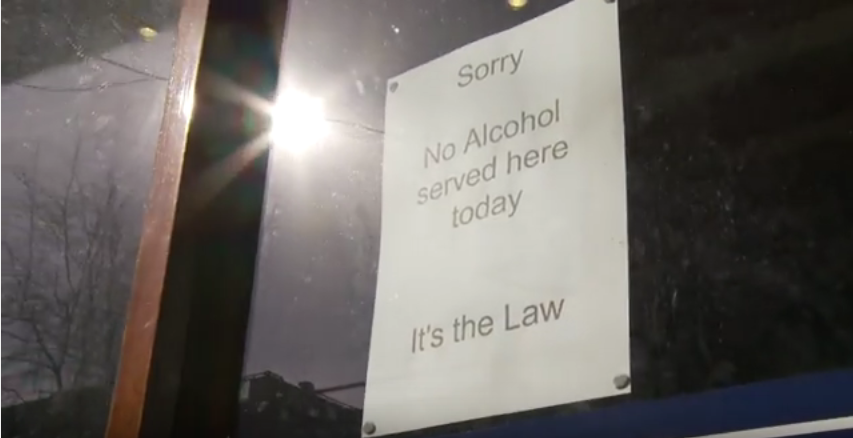 Last weekend The Sunday Times reported that Minister for Justice, Frances Fitzgerald, had rejected calls for the lifting of the prohibition on selling alcohol in pubs and off licenses on Good Friday.

The decision was apparently made because it might have appeared that the government were sending mixed messages with relation to alcohol. I.e. Trying to tackle problem drinking with minimum pricing, and other methods on the one hand, and allowing pubs to open on Good Friday on the other. Essentially, it is a problem of optics and PR.

This attitude doesn’t sound like the Good Friday ban is going anywhere. At least for the duration of this current government. The PR problem, as the government see it, isn’t likely to go away next year or even the year after that. So, the government and, it seems, the public, have no moral objection to pubs reopening on the day, but that isn’t enough for the government to take what they see as a risk.

The Vintners Federation of Ireland and the Licensed Vintners Association have been working together on trying to convince the government of the economic benefits to tourism by opening for business on Good Friday. They put together a video last Good Friday interviewing tourists and the public and making the case for a change in legislation.

So, I guess we’ll have to resign ourselves to having the same conversations this year and next. “Can people not go without drink for one day?”, “The poor tourists coming into Dublin on Good Friday without knowing what’s in store for them”, “Gaff parties on Good Friday are a great tradition”, “Sure we do drink on Good Friday, but we just stock up on the Thursday.” We all know the arguments, and we’re doomed to repeat them.

It looks like we’ll be getting more mileage out of our traditional ‘9 ways to get a drink on Good Friday‘ article.