post-title The pub taken over during the 1916 Rising, and the damages claimed afterwards.

The pub taken over during the 1916 Rising, and the damages claimed afterwards. 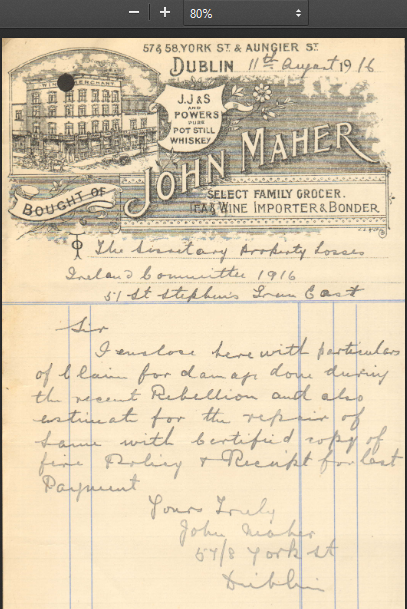 The pubs of Dublin were hardly unscathed from the fighting during Easter week 1916, with several of them suffering large scale destruction. The LVA archives give us some details on the amount of pubs affected by the fighting. They list 17 pubs as completely destroyed, and a further 4 as partially damaged. 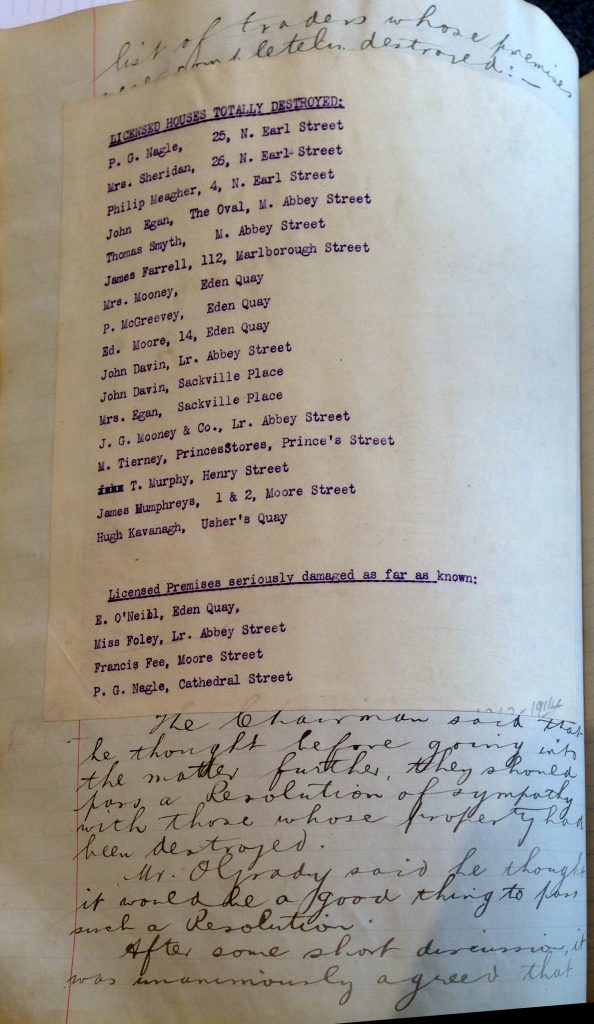 Not included on this list of LVA members is The Swan on Aungier Street. Other documentary evidence tells us that the pub was caught up in the fighting. There exists a record of a claim made by Mr. John Meagher, then publican of the pub, to the Secretary of the Property Losses Ireland Committee 1916 for damage done to the building during the rising.

The building was taken over by volunteers under the command of Thomas McDonagh. Apparently strict orders were given to the volunteers not to imbibe in the spirits and beers contained in the premises, and these orders were dutifully followed. 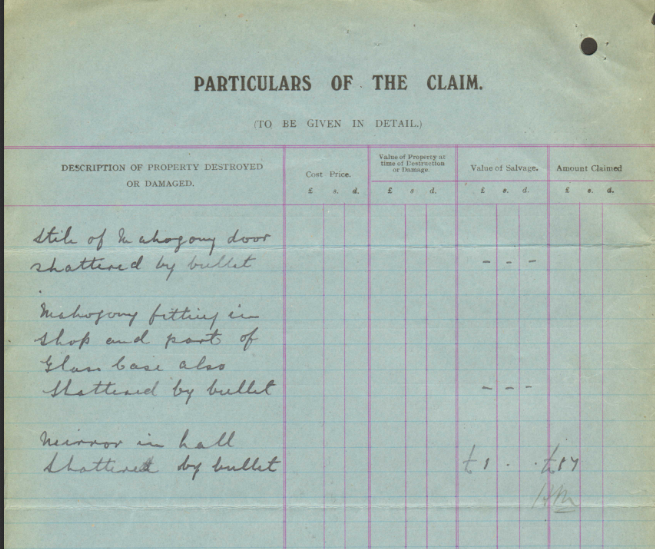 The committee received requests for reimbursement for damage to buildings and loss of stock during the fighting from businesses across the city. The committee paid out the enormous sum of £1,844,390.

John Meagher claimed £17 for the replacement of a mahogany fitting in the shop, a mirror in the hall, a door shattered by a bullet, and some other items. Included in the documents in the National Archive, are quotes from contractors for repair work done. A payment of £5 was recommended by the committee. It may have been determined that the claimants insurance would cover the remainder, as there was some discussion on the issue at the formation of the committee.

It’s interesting that claims were only made for a few items of furniture, and not for damage to the bar, structure, or other parts of the pub. It’s unclear from these documents whether the damage extended beyond the furniture and whether the insurance covered other damage, negating the need for a claim to the committee.

Damage to the exterior of the building can still be seen in the form of bullets holes. You have to look carefully, but they are definitely there.

You can see the full file of documents relating to John Meagher’s claim on the National Archives website.