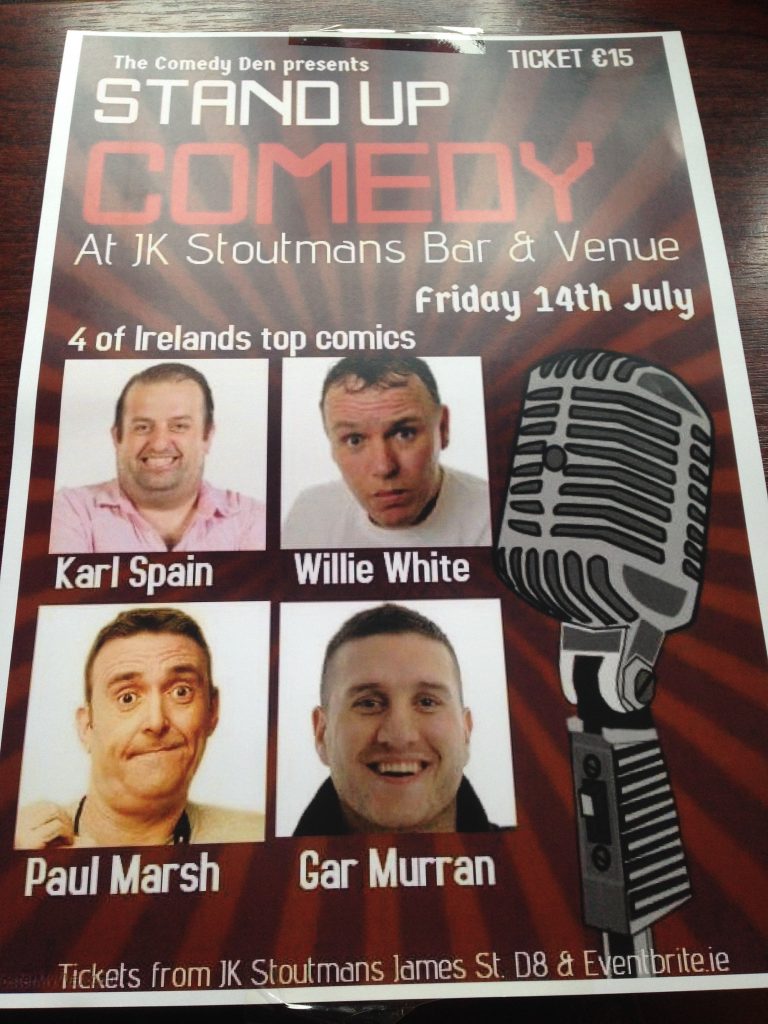 JK Stoutman’s on James’ Street are the latest pub to open their doors to Irish comedy. They’ll be playing host to The Comedy Den on Friday 14th of July.

The show will feature the familiar faces and comedy of Karl Spain, Willie White, Paul Marsh, and Gar Murran. They’ll all regulars on the Dublin comedy scene, so you can expect plenty of laughs. 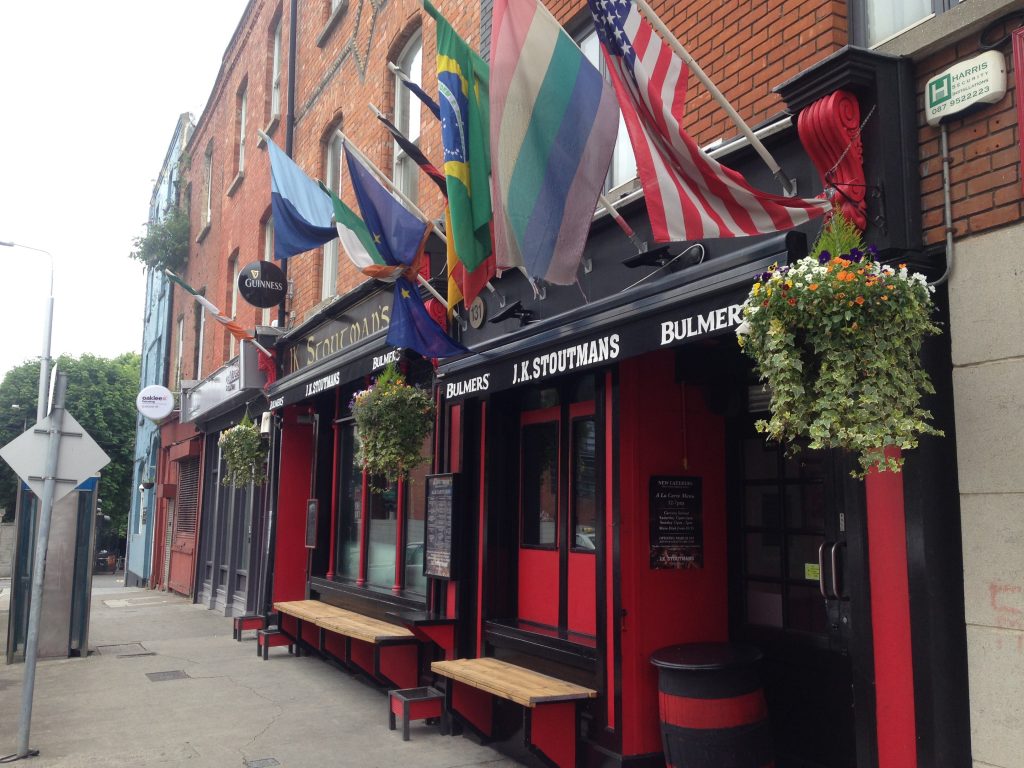 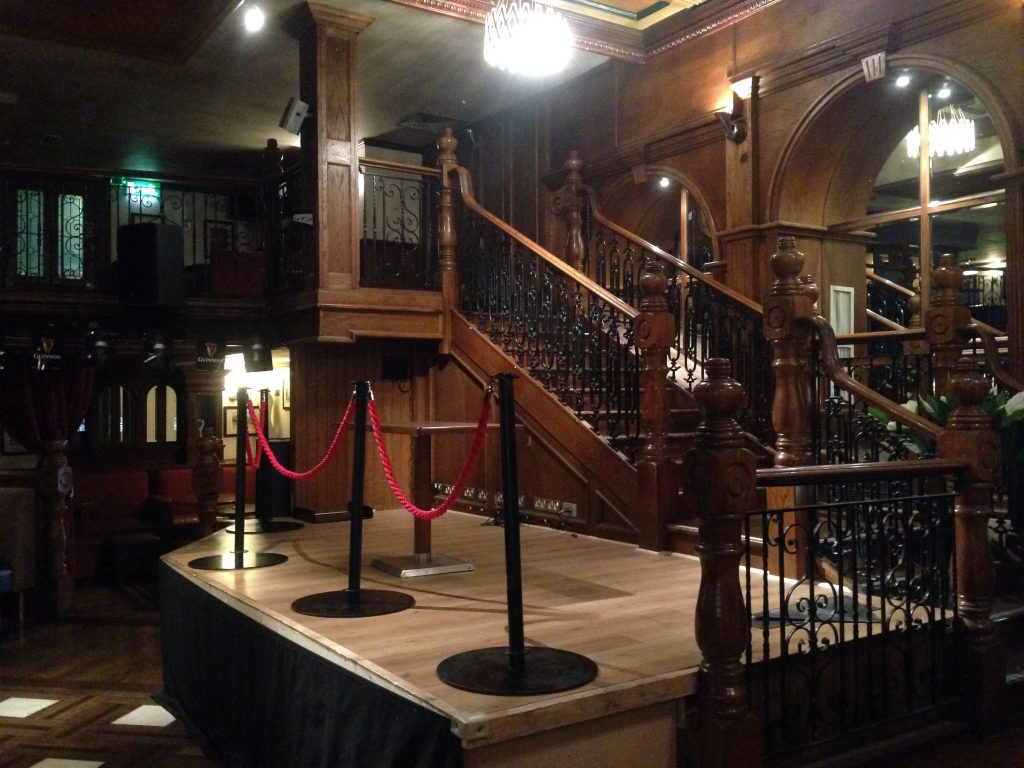 It’s the only real comedy show in the area, so it’s good to see a pub trying something new. Stoutman’s has recently extended their stage, and it gives the venue area a better look. It also gives the comedians a few extra yards to do some pacing!

Tickets are available from Eventbrite.ie and from the bar at Stoutmans.