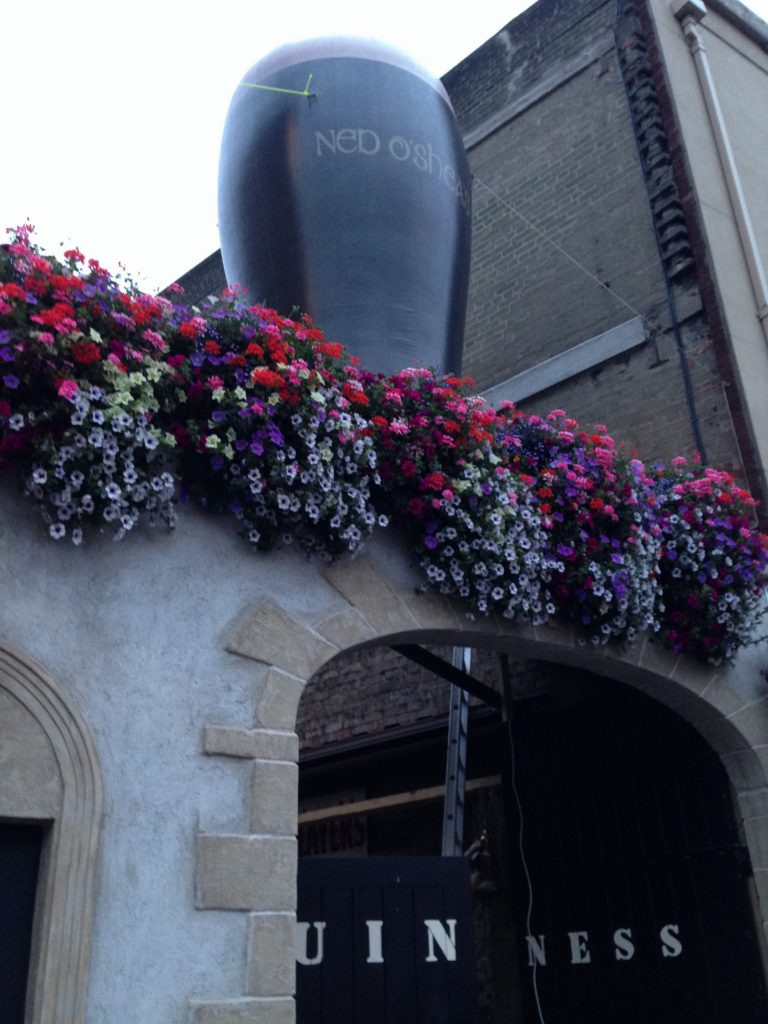 We felt compelled to point out to you that there’s a giant inflatable pint on top of Ned O’Shea’s Merchant pub Lower Bridge Street. 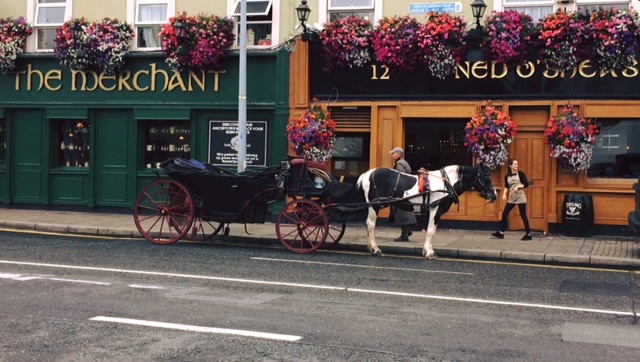 The pub has undergone a bit of a facelift recently, and it’s looking really well for it. They’ve got new signage, and the hanging baskets really make it look beautiful. Up top they’ve got a large inflatable pint of stout with ‘Ned O’Shea’s written on it. Below, they’ve painted the gate entrance into their beer garden lane (that’s really quite cool) to make it look like the entrance to Guinness’ James’ gate brewery.

Inside they have the option to pull your own pint and get a certificate stating that you’re now trained to do so. Standard measure, not inflatable size unfortunately.