There’s several excellent books about the history of Dublin’s and Ireland’s pubs, and some of them go into great detail on what certain pubs were like at a given time.

One such book is Roy Bulson’s ‘Dublin pubs of character’ from 1969. Bulson was a pub expert, who went around the pubs of Dublin, giving in depth descriptions of the decor, drinks, food, and the state of the toilet. On the listing for each pub, Bulson also gives a list of what beers are served on tap.

In his inspection of The Cat and Cage in Drumcondra, Bulson goes one further and gives us the recipe for the signature ‘Cat and Cage Cocktail’. It’s not every day that you find the recipe for a pubs signature cocktail from nearly 50 years previous, especially at a time when, presumably, cocktails weren’t too readily available. Wine was difficult enough to come by, never mind mixed drinks. 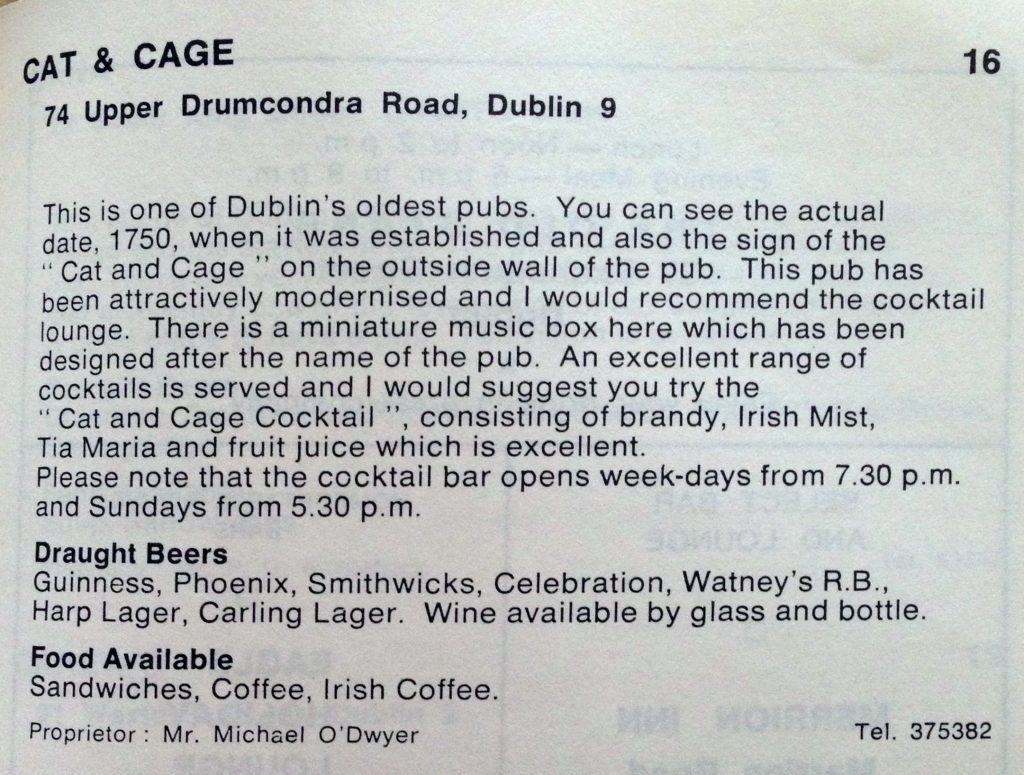 The ingredients of the cocktail are listed as ‘Brandy, Irish Mist, Tia Maria, and Fruit Juice’. The Cat and Cage has undergone a change in recent years to revert back to a bar that serves food, and cocktails, so I’m sure they’d be up for recreating this drink from the past, maybe with a few tweaks. ‘Fruit Juice’ could be interpreted in a few ways, depending on what the bartender wants to do with it. The listing says that at the time the pub had just recently undergone ‘modernisation’, so it seems that the present is mirroring the past. 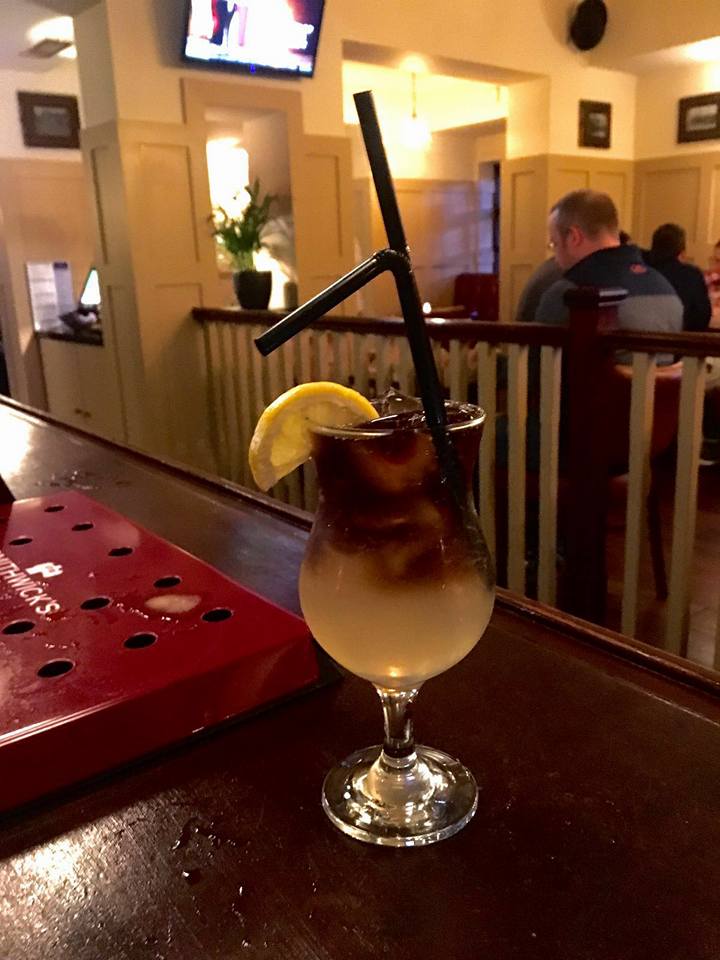 A modern cocktail in The Cat and Cage

Inside The Cat and Cage today.

It would be a pretty cool project to resurrect a drink like this, much like Guinness have recently done with their West Indies and Dublin Porter’s, which were brewed to a recipe found in the archives.

The publican at the time in 1969 was Mr. Michael O’Dwyer. On tap they had, Guinness, Phoenix, Smithwicks, celebration, Watney’s R.B., Harp Lager, Carling Lager. They also had wine available by the glass, and sandwiches.

You can see video of the pub from the 60’s in this old footage- Link.