post-title 8 of the best Dublin pubs to watch Cheltenham.

8 of the best Dublin pubs to watch Cheltenham. 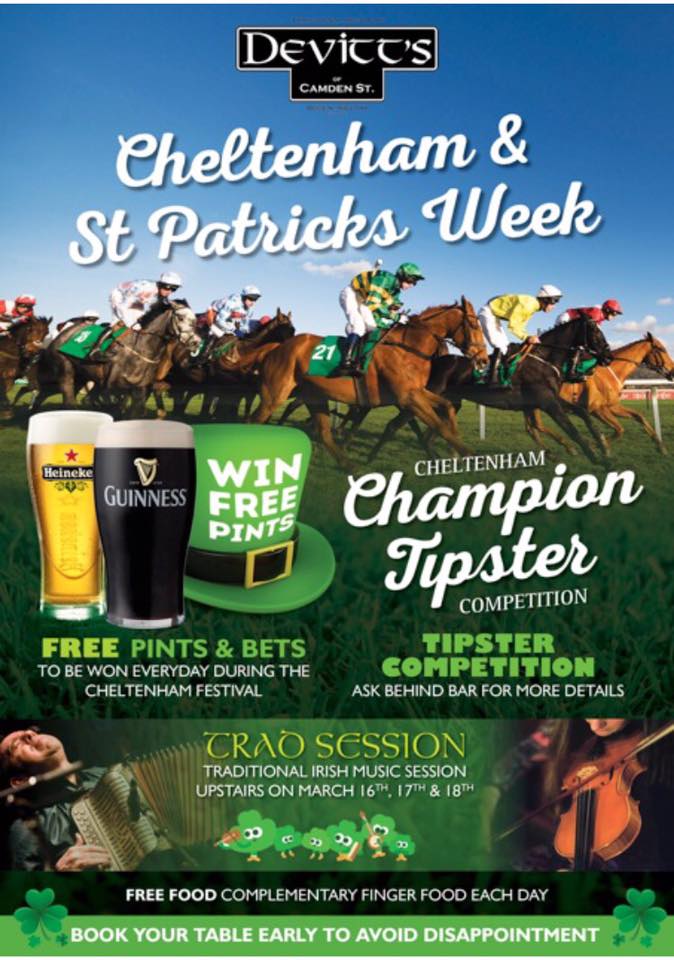 Devitts on Camden Street are always good for a bit of sport. They usually have a tipster competition and the chance to win free bets and pints during the festival. 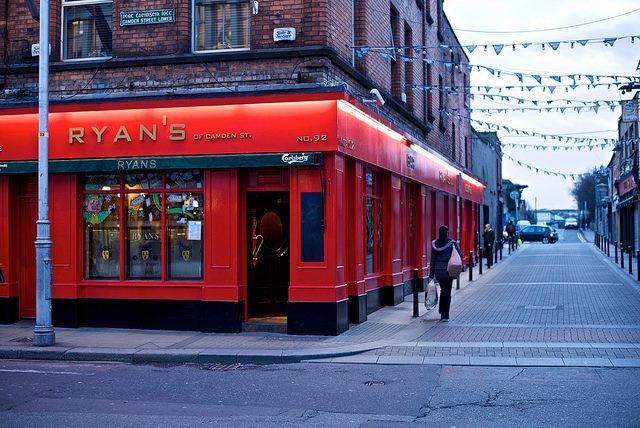 Ryan’s on Camden Street is another haven of activity during Cheltenham. This year they’ll be doing a number of specials including 3 pints for €10 from first to last race, free bets daily, and complimentary hot food during races. That should whet the appetite. 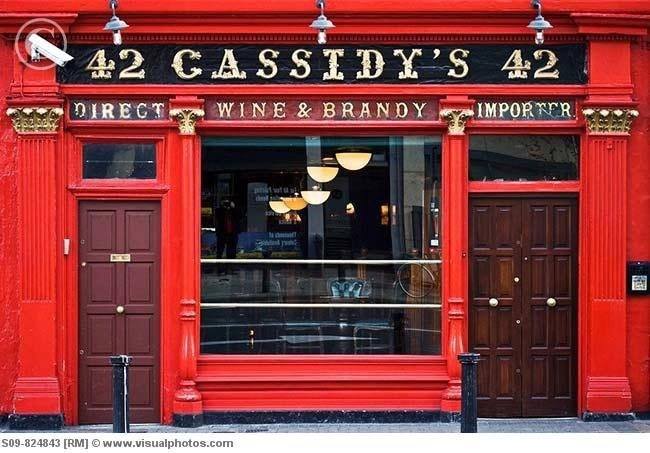 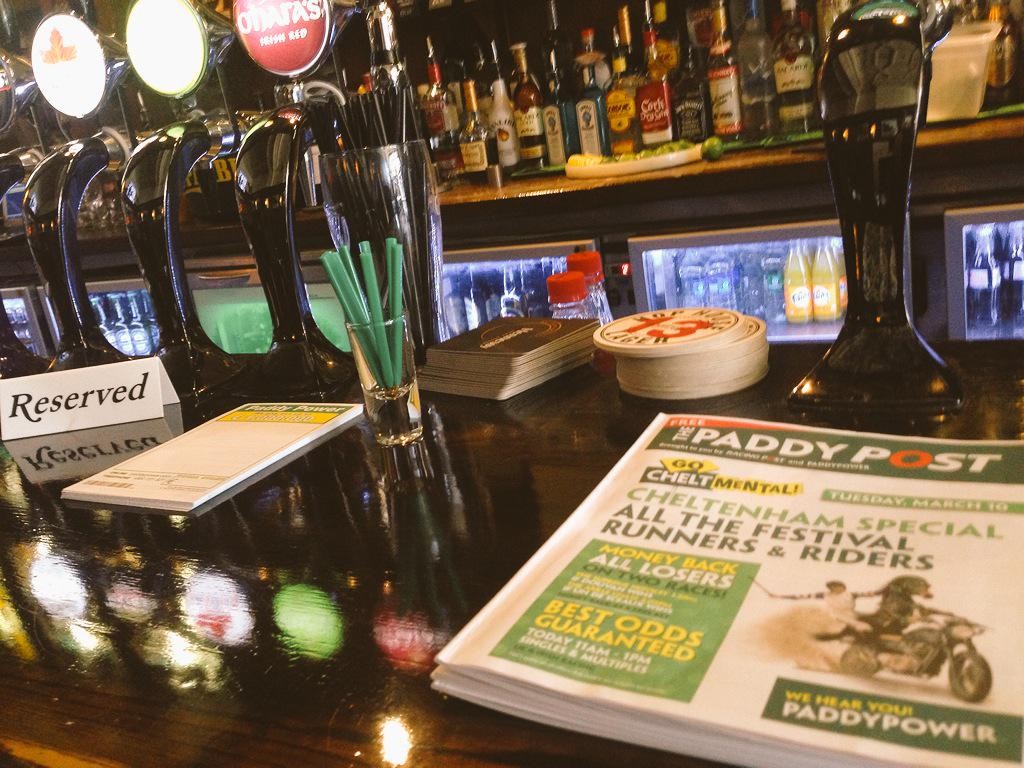 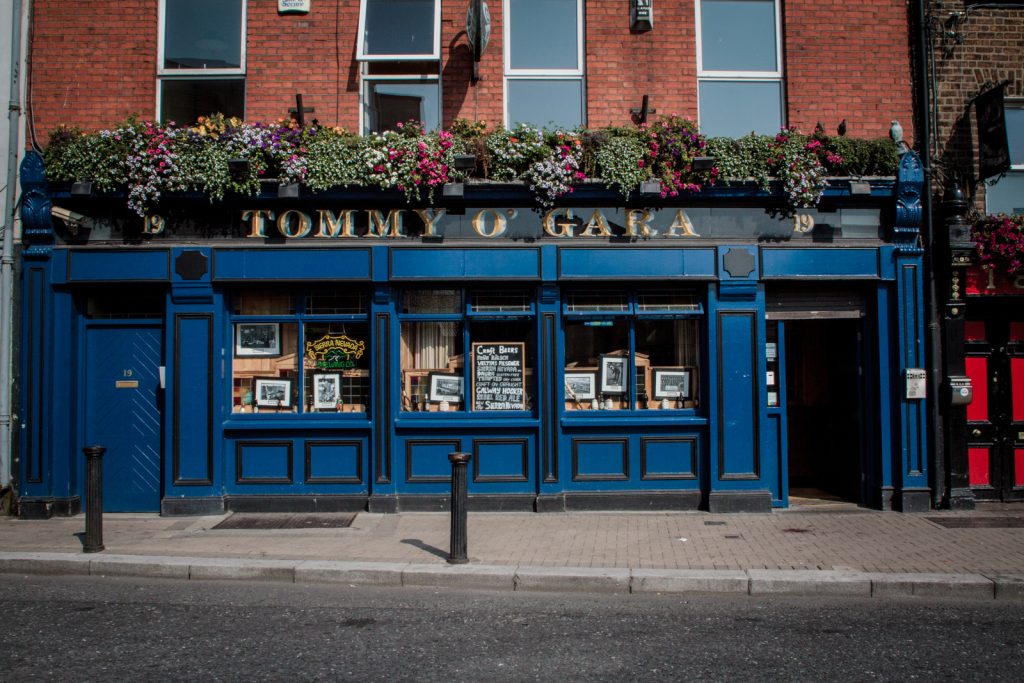 There’s no specific offer on, but we’ll always recommend Tommy O’Gara’s in Stoneybatter when it comes to watching sport. They’ve got some of the best bar staff, decent toasties, and there’s always at least 2 screens tuned into the horse racing. 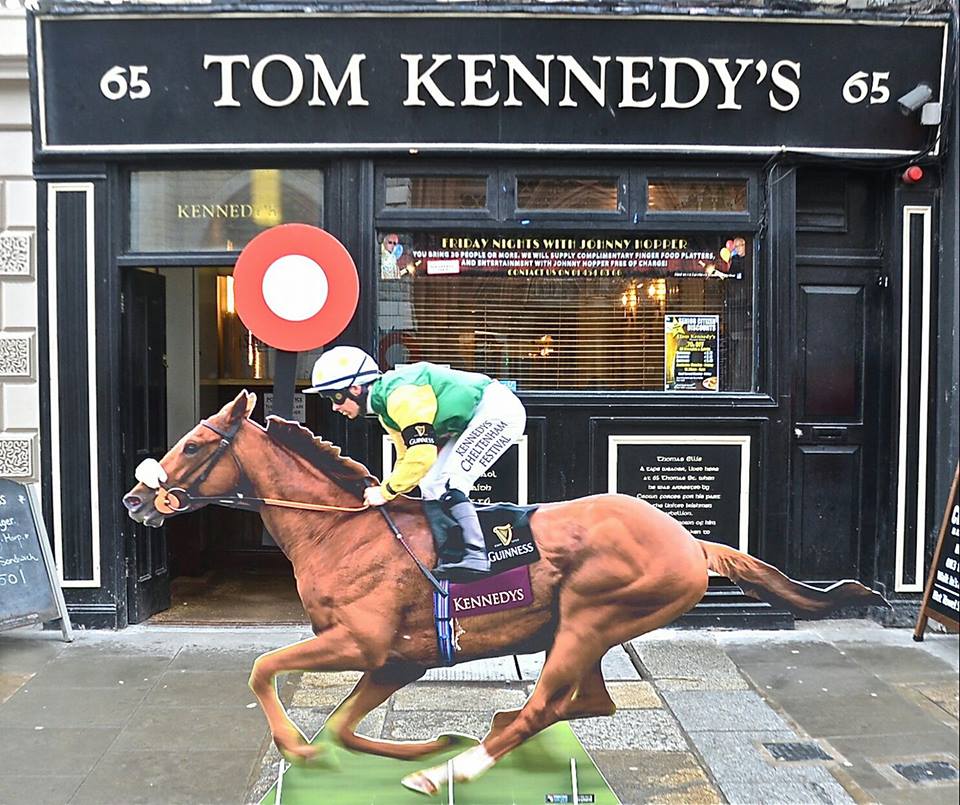