post-title Poets and pints. Literary figures and the pubs they’re connected to.

Poets and pints. Literary figures and the pubs they’re connected to. 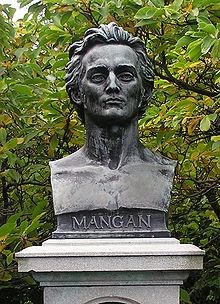 Outside the Bull and Castle in Christchurch you’ll notice a plaque stating that the pub was the birth place of the poet James Clarence Mangan in 1803. Mangan’s father, also named James, ran a pub on the site where The Bull and Castle now sits. He wrote patriotic poetry and was best known for ‘Dark Rosaleen, Siberia, Nameless One, A Vision of Connaught in the Thirteenth Century, The Funerals, To the Ruins of Donegal Castle, Pleasant Prospects for the Land-eaters and Woman of Three Cows’. 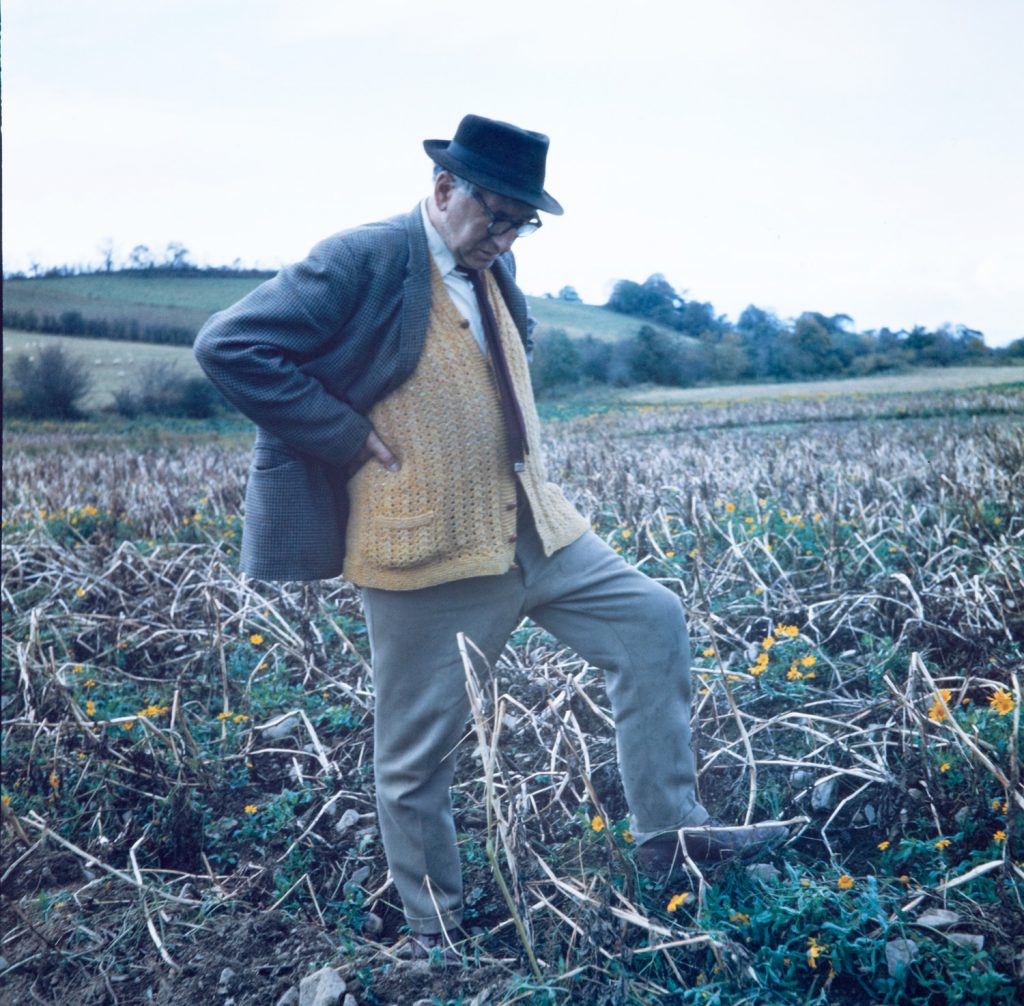 Patrick Kavanagh was a man who got around the cities pubs quite a lot, especially in his later years. One pub with a particular connection to Kavanagh and his contemporaries was Patrick Kavanagh. Kavanagh like other literary figures of the time would spend a great deal of time in The Palace where journalists from the Irish Times would meet and assignments were given out. Flann O’Brien and others would have been contemporaries of Kavanagh and drank here as well. The pub today has many tributes to Kavanagh and others, especially in the pub’s snug.

Other pubs with a connection to Kavanagh would be The Bailey, The Waterloo, and McDaids. 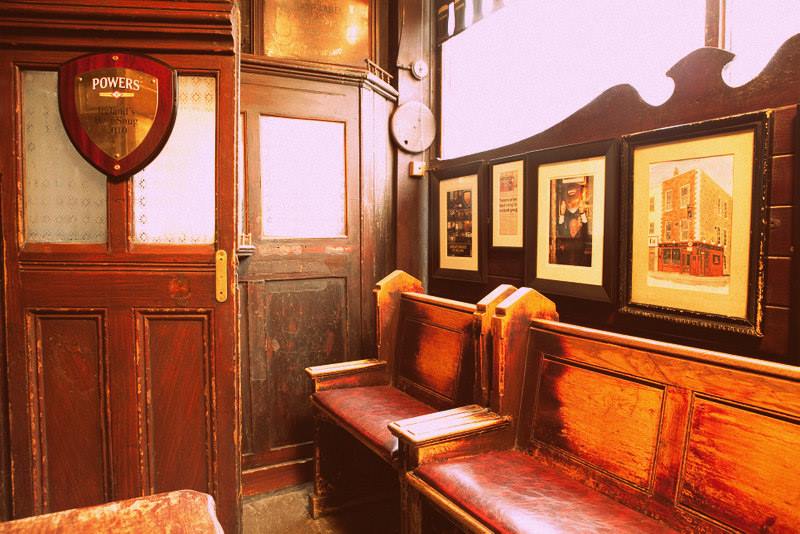 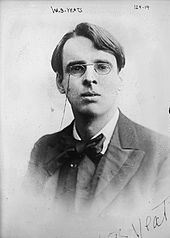 Famously, Toners on Baggot Street was the only pub that W.B. Yeats ever had a drink in. He was brought into the snug by Oliver St John Gogarty and was reputed to not have enjoyed his experience, never to set foot in a pub again. 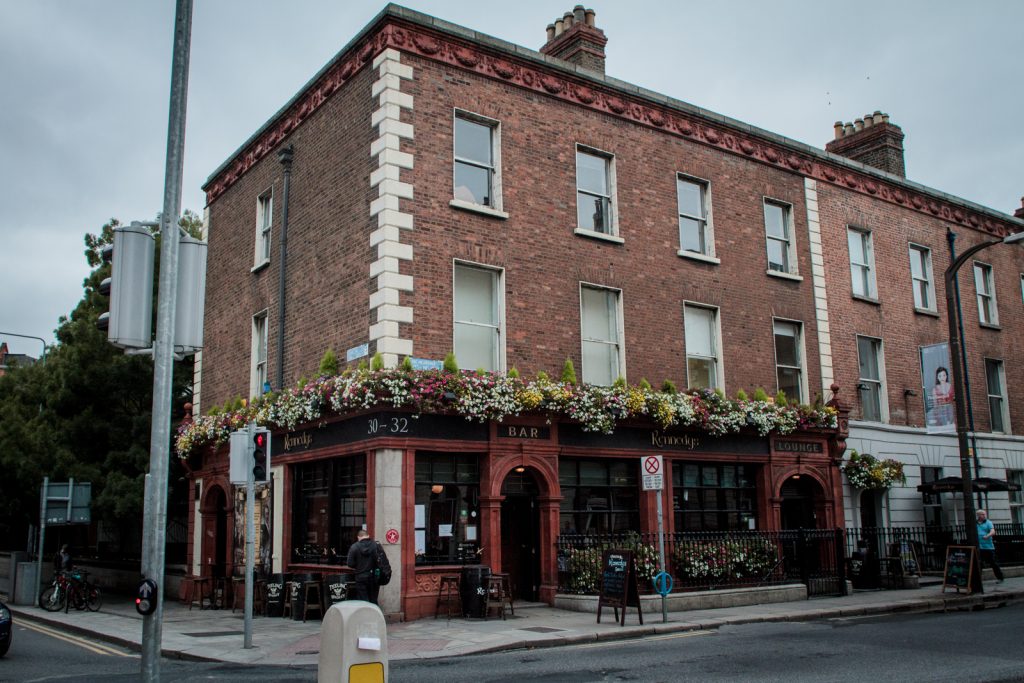 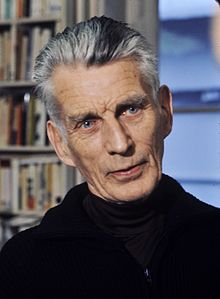 Located on Westland Row, Kennedys pub could nearly be considered to be inside the grounds of Trinity College. Many famous figures from Ireland’s political and literary tradition were educated here, including Samuel Beckett. ALthough better known for his plays, Beckett was also a poet. He frequented the pub in his College days, a fact that is much celebrated in the decorations inside the pub today. 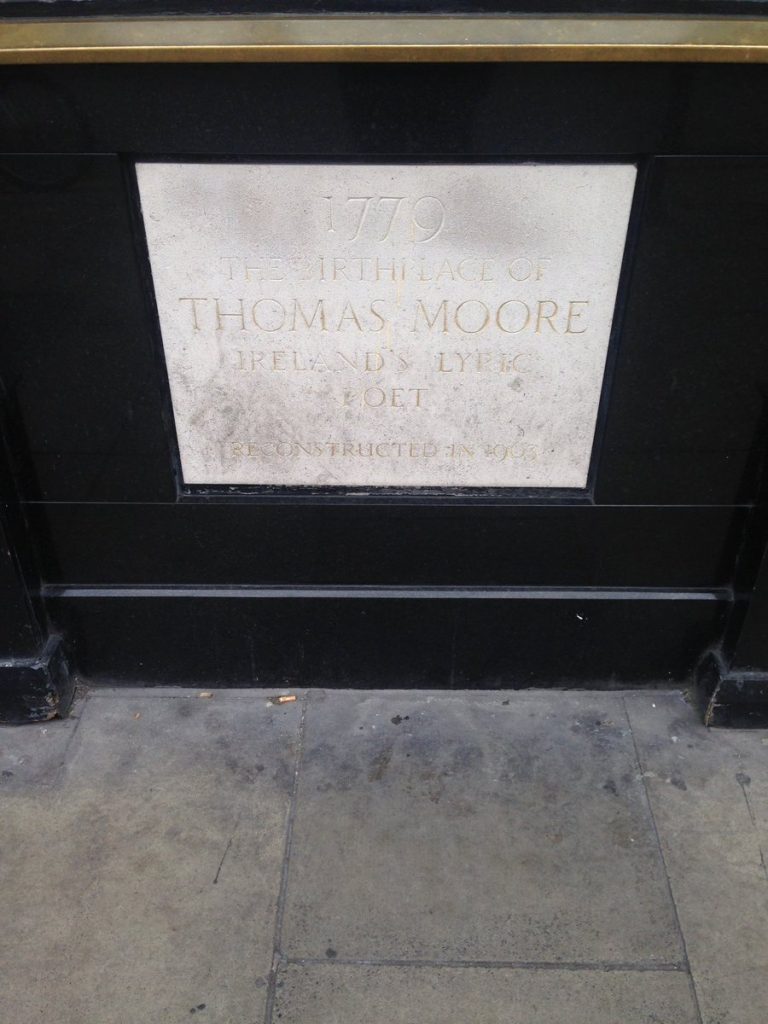 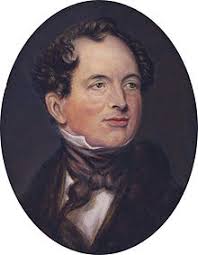 Inside the main bar of JJ Smyths on Aungier Street you’ll see a profile on the wall of poet Thomas Moore. It was on this site that Moore was born in in 1779. His father, like James Clarence Mangan’s operate a grocer and wine merchants. There is a plaque outside the pub today. You can read a more in depth analysis of the building on architectureireland.ie. 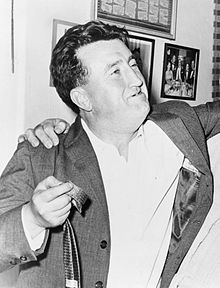 If you were to take out a map of Dublin and make a red mark on every pub in which Brendan Behan had a pint you’d barely be able to see the roads. Harkins Bar near the Guinness Storehouse was supposedly Behan’s local and also , according to a new radio documentary series on Near FM, was the last pub Behan had a pint in.