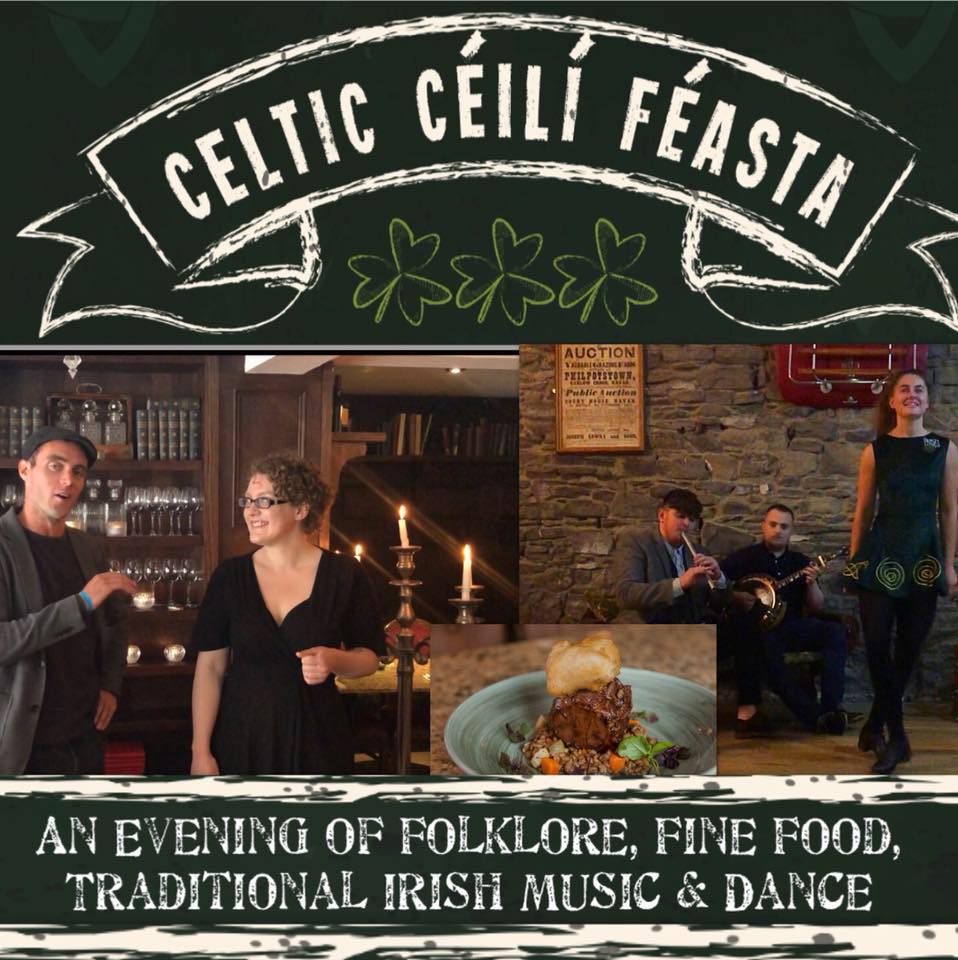 The Celt on Talbot Street has always had a reputation as a great place to go for locals and people visiting the city looking for some food, drinks and musical entertainment.

They’ve stepped up their entertainment offering by starting a new ‘Celtic Céilí Féasta’ , an evening of Irish storytelling, fine food, music, and dance all in the one setting.

We went in ourselves to check it out and see what visitors to the city are being shown on this night of Irish culture. We’d never been to a folklore night before so it was intriguing to see a performance by a storyteller delving into some of the mythic stories from Ireland’s real and imagined past.

One such story was one I was largely ignorant of; the mythical story of the creation of the giants causeway. They’re things as Irish people some of us would have learned in primary school but seldom revisit. It’s a wonderful treat to hear them again and told in such an entertaining and colourful format. Having an incredible meal to accompany it helps too.

Backing up our storyteller Aron were a trio of exceptional musicians, Brian on flute, Megan on fiddle and Oisin guitar and singing who played dulcet strings to accompany some of the stories. They then took centre stage, playing traditional ballads and upbeat songs that are half well known popular songs and half ones that were new to me. It’s a welcome experience to discover a few new songs.

At three times during the evening, Hannah, an Irish dancer, appeared to a great reception from the audience who were clearly overjoyed to see such talent in front of them. She even got a few volunteers from the crowd to give them an insight into Irish culture by teaching them a few steps to bring home with them to the corners of the world.

The menu for the evening had a good choice and the quality was top notch. We opted for the crubeen terrine to start, guinea fowl with fondant potato for mains, and the Irish cheese selection for dessert. It’s safe to say that we were as satisfied with the food as we were with the entertainment.

For anyone in the city for a short period of time who wants to get a lesson in Irish mythology, cultural entertainment, and Irish cuisine it’s a great evening.

It’s on every Monday and Wednesday from 6.30pm and lasts 3 hours. Tickets are €49 and includes a full 3 course traditional meal, including the option of braised angus beef, roast stone bass, and guinea fowl.

Full details and tickets are available from TheCelt.ie