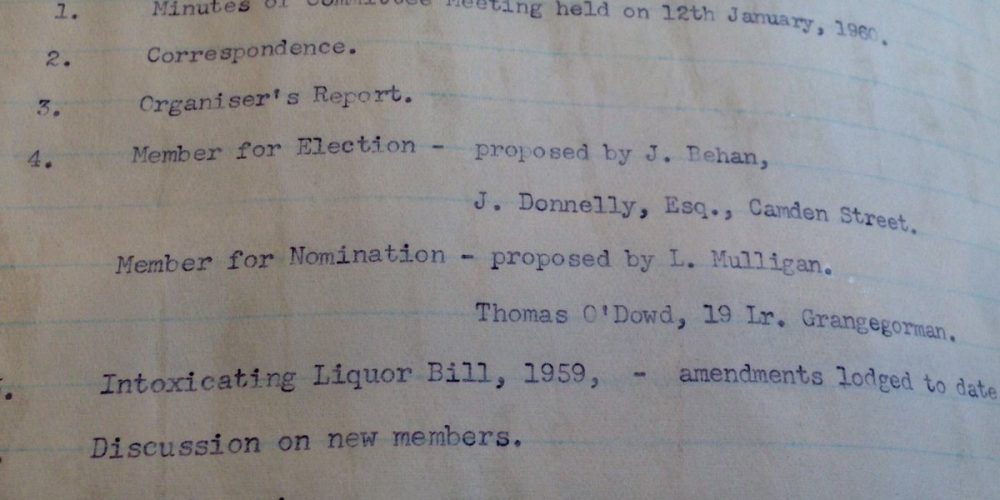 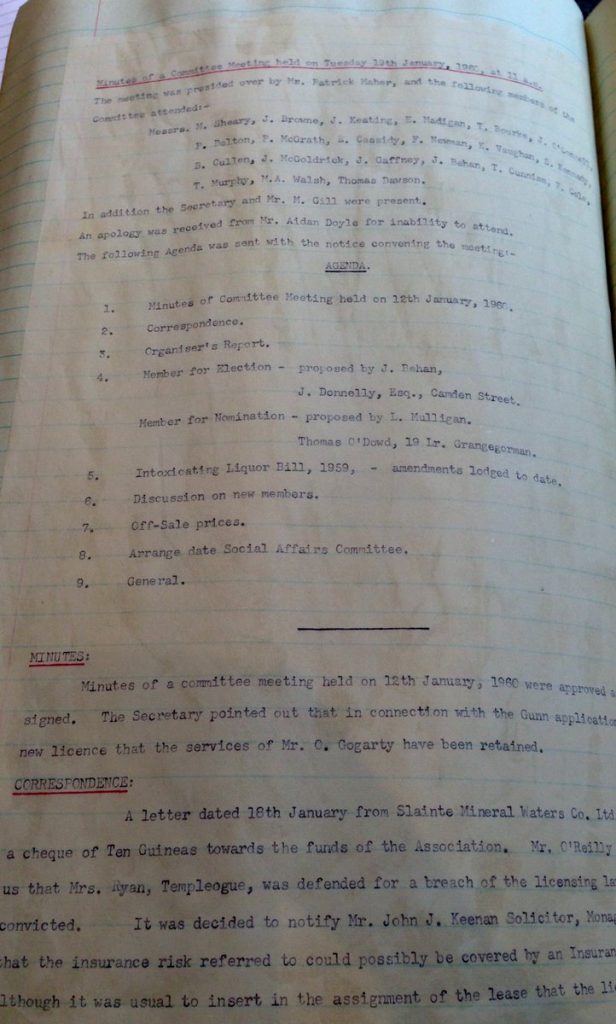 Many publicans around the city today will tell you that they’re really impressed by the level of cooperation between pubs in the same area. Now it seems to be a case of competing areas, rather than pubs down the road from each other trying to share the same business.

Well, this level of local cooperation isn’t a new phenomenon. At least it’s not in Stoneybatter, where we found a great example of local pubs helping each other out in the late 50s.

We were rooting around the archives of the Licensed Vintners Association (which goes back 200 years), when we found mention of the nomination of a new member. The application was from Thomas O’Dowd, who lived at 19 Lower Grangegorman Road. He, presumably, lived above the pub on that location, as was the norm in 1958 when the record dates from. 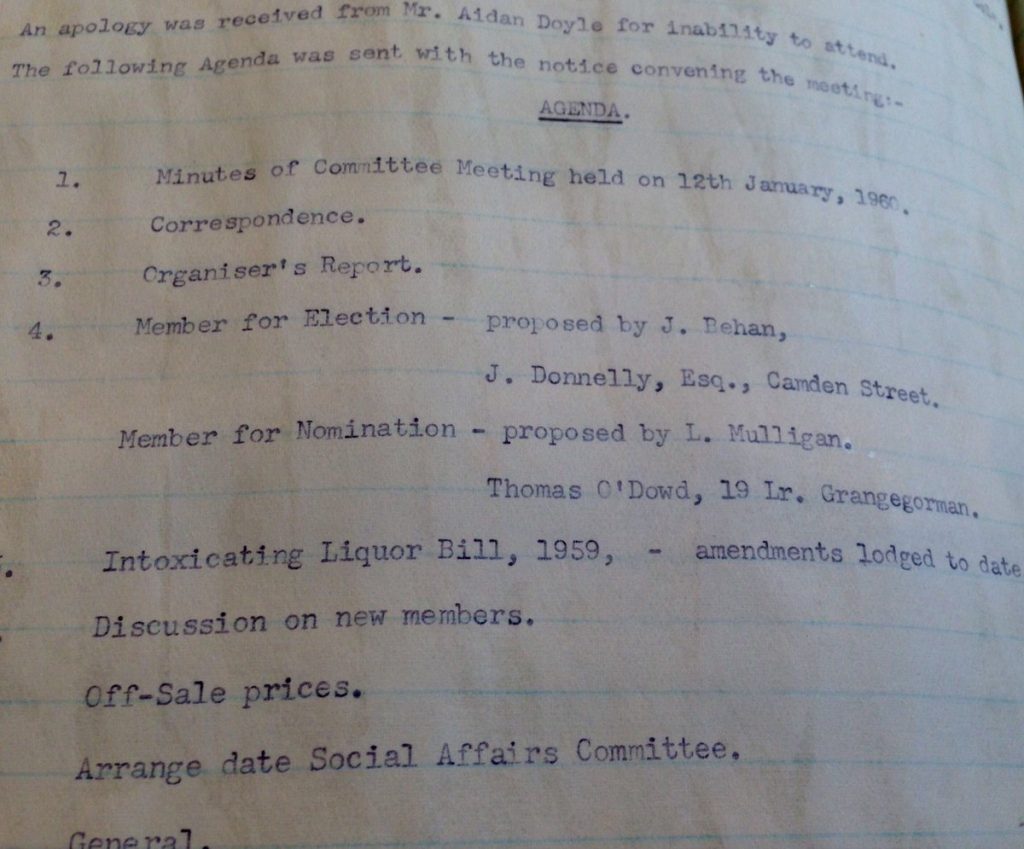 The pub on that site recently reopened as ‘The Barbers’.

To become a member of the LVA, an existing member had to nominate your entry into the organisation. Thomas O’Dowd was nominated by a local publican, Laurence Mulligan, whose name is still above the door today in L. Mulligan Grocer in Stoneybatter. He obviously had no qualms about having another pub in the area. I suppose the pub was there anyway, and he thought it better to work together as members of a collective organisation.

It’s a nice example of local cooperation between pubs in such a smashing area.