post-title The Church say ‘Welcome to the Northside’ with a big U2 night for fans.

The Church say ‘Welcome to the Northside’ with a big U2 night for fans. 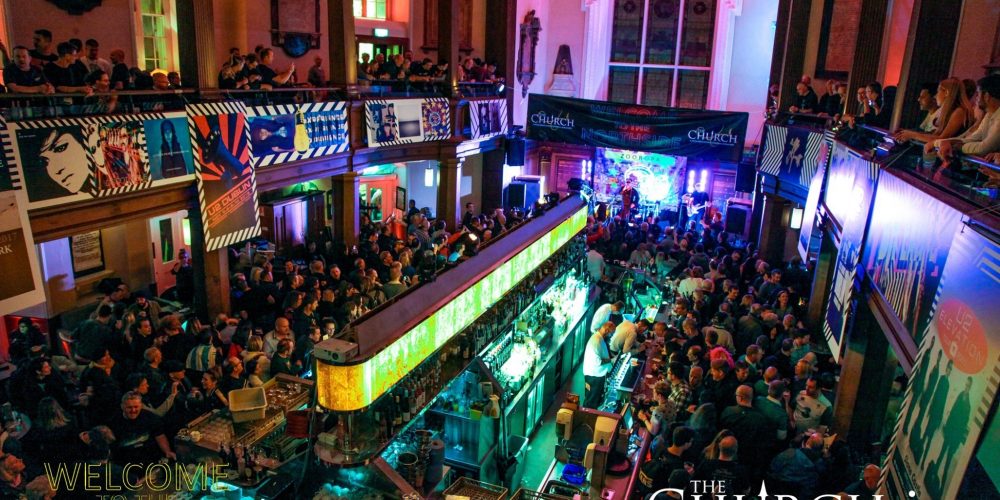 The Church might be the best known pub in Dublin for U2 fans where the band never actually played. For years now before U2 concerts the bar has been putting on big day long festival like affairs hyping fans up for blockbuster gigs in Croke Park. Now, they’re having a night removed from a U2 gig.

It’s now an annual U2 tribute night in The Church, headlined by one of the premiere U2 tribute acts, Zooropa. The night kicks off at 8pm, with the band taking to the stage at 10pm. AMP visuals, who design U2’s album covers will be hosting an exhibition titled ‘Lights of Home’, which is based around the band’s tour posters designed by the company over the last few years.

According to The Church: A couple of famous Dublin Northsiders have made it to The Church to check out the U2 fans’ night. These include Bono’s close mate Guggi, ex-member of the legendary Virgin Prunes and a fantastic artist in his own right these days, and Peter Rowan who was the “boy” on the cover of the early U2 albums and singles.

So if you’re looking for a party after the All Ireland Final, this would be a really good shout. Entry is free.